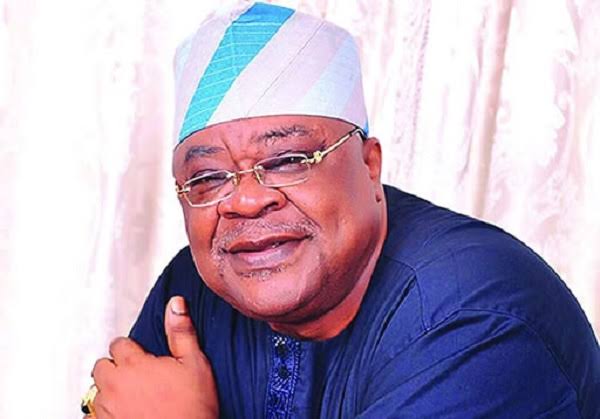 N11.5bn Fraud: Akala Still Has a Case With Us — Oyo High Court

A State High Court sitting in Ibadan, Oyo State has said that a former governor of Oyo state; Chief Adebayo Alao-Akala and two others still have a fraud case over misappropriation of N11.5 billion.

Alao-Akala together with a former Commissioner for Local Government and Chieftaincy Matters in Oyo state; Hosea Agboola and one Femi Babalola, an Ibadan-based businessman, had earlier filed a no-case submission on the charges levelled against them by the Economic and Financial Crimes Commission (EFCC), after closing its case.

Justice Olalekan Owolabi, however, ruled that the defendants must file their defence on the counts of conspiracy, acquiring money under false pretences, and contract award without budgetary provision.

While overruling the no case submission, Owolabi stated that the defendants must offer their defence on the accusations.

But, Justice Owolabi released Alao-Akala of charges of obtaining property with money allegedly obtained through illegal means and concealing ownership of that property.

Owolabi, therefore, adjourned the case till Oct. 14, Oct. 21 and Oct. 22 for the defendants to open defence.

The three accused persons are charged with an 11 count charge: conspiracy, awarding contracts without budgetary provision, collecting money under false pretences, and purchasing property with money obtained from an illegal act and hiding its ownership, among other charges.