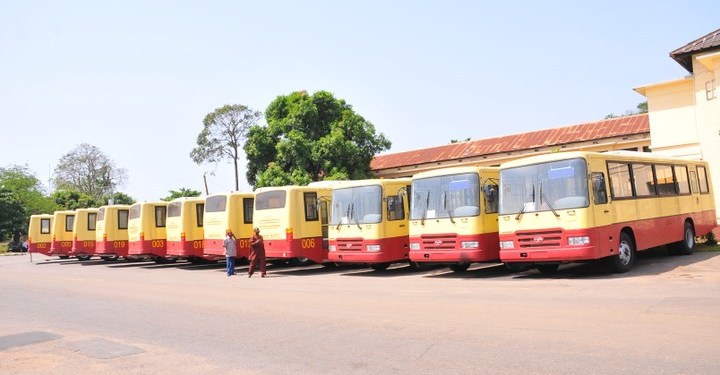 A Chieftain of the All Progressives Congress, Fatai Adesokan has alleged Governor Makinde’s administration of reckless spending over its decision to procure 106 Mass Transit buses for a sum of 9.3 billion naira, adding that the Oyo State don’t need such Project for now.

Speaking with Aanuoluwapo Omorinde on BOTTOM LINE – a political programme on IBR 92.5fm Ibadan on Saturday monitored by our Correspondent, Adesokan also faulted Seyi Makinde Government for planning to fix the Challenge Roundabout and Felele/Idi-Odo junction for 2.5 billion naira

According to him, “the generating sets procured by the past administration are no where to be found. Even some of the buses bought by Ajimobi cannot be accounted for. Let them challenge this”.
When asked if he could back up his claims with evidence as his allegation is very weighty, he said “I have my evidence”.

“I challenge the Chairman of the Oyo Transport Corporation, Hon Dare Adeleke to deny this allegation”.
queried the rationale behind this project saying Oyo State does not need such for now.

“Which road will these buses ply? Do we have the roads? Perhaps the government does not understand that this move will only increase the  unemployment rate in the State and further impoverish the people”. Does the government want to take job from the Micra drivers? That is what will happen eventually”.

Reacting to the price of the buses, Adesokan queried whether the ones the Oyo State Government wants to procure is in any way diffferent from that of Lagos State as the price given by the former is far more expensive than that of the latter.

“How can a State government spend such an amount of money to rehabilitate that road? That is reckless”. He said.