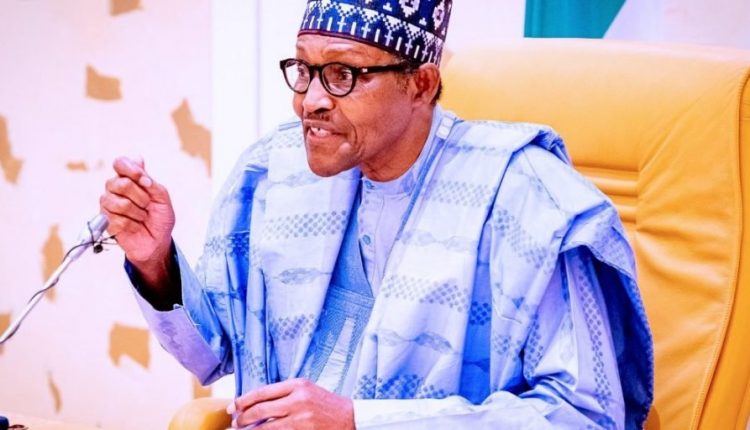 The registrar and chief executive officer of the Teachers’ Registration Council of Nigeria (TRCN), Olusegun Ajiboye, has said the planned payment of N75,000 and N50,000 as bursaries per semester for students studying education programmes in Nigerian universities and colleges of education respectively, will only come with appropriate terms and conditions.

Mr Ajiboye, a professor, made the clarification on Saturday during a virtual lecture organised to commemorate the annual World Teachers’ Day. The event was organised by an online media platform that is dedicated to education reporting -Educeleb.

The guest lecturer spoke on the theme; “Cultivating Teachers’ Professionalism for Education Excellence.”

On bursary
Reacting to inquiries on the modalities for the implementation of the pay package for the students, especially in the face of dwindling revenues in the country, the TRCN boss said the guidelines are currently being finalised by the national implementation committee.

He added that the implementation would not commence until 2022, and that such is not the only item on what he described as the robust welfare package being planned for the Nigerian teachers.

Mr Ajiboye, whose second term tenure of five years was recently approved by President Muhammadu Buhari, said the efforts are geared towards reclaiming the lost glory in the nation’s education sector.

He said; “Of all the items on the list, it is only the implementation of the 65-year-retirement-age that commenced in January, this year. Others are scheduled for implementation next year.

“Apart from the bursary, we also have a rural housing initiative and allowances for teachers who may be posted to remote locations, teaching practice allowances for both students and lecturers, among others.”

On sustainability
The registrar, who thanked both the president and the education minister, Adamu Adamu, for what he described as their strong support for revitalisation of Nigeria’s education sector, and teaching profession in particular, said Nigerians need not nurse any fear about sustainability.

He said apart from currently working on the terms and conditions to be attached to some of the welfare packages, the government is also considering putting in place appropriate laws and regulations to avoid policy summersaults.

“And apart from that, some of these packages will be enjoyed by only those who satisfy some specific terms and conditions. And we have already concluded that some of the packages will be directly handled by existing funding parastatals like the Tertiary Education Trust Fund (TETFund),” the registrar added.’

Mr Ajiboye added that education was too important to be neglected, saying some of the initiatives of his agency towards professionalising teaching in Nigeria including the mandatory qualifying examination, mandatory continuing professional development programme (MCPDP), and partnerships with relevant global, regional and national agencies are already yielding rewarding fruits.

He said; “Today, if you carry TRCN certificates and licence you are qualified to teach anywhere in the world. I can assure you that this year alone, I have signed not less than 40 letters of good standing for Nigerian teachers who relocated to Canada to work as teachers.

“Today, because of 65-year-retirement-age, some civil servants are already seeking conversion to teaching careers, claiming they have a background in education. They should know that terms and conditions apply.”

He added that where the government is driving the teaching profession in the country is to make it highly competitive and very rewarding, saying it is the mother of all professions.

“It is sad that Nigerian teachers resign in droves and take up even some highly degrading jobs. That is unacceptable, and we will reclaim the lost glory. We must emulate Germany’s former leader, Angela Merkel who insisted she could not pay other professionals higher than teachers because they were taught by the teachers,” he said.

Backstory
The education minister, Adamu Adamu, had on October 5 announced the planned payment of N75,000 per semester for every student of public universities studying education programmes.

Similarly, students of colleges of education are also billed to receive N50,000 per semester.

Mr Adamu, who made the disclosure in Abuja during the commemoration of 2021 annual World Teachers’ Day, was represented by the Permanent Secretary in the Ministry of Education, Sonny Echonu.

He said the package was aimed at promoting quality education in the country, and urged the 36 states of the federation and the federal capital territory to support the federal government’s efforts.

However, since the announcement on Tuesday, many Nigerians have queried the sincerity of the government and the sustainability of the initiative.

PDP To Begin Sale Of Forms By Monday, Okays Convention At Eagle Square