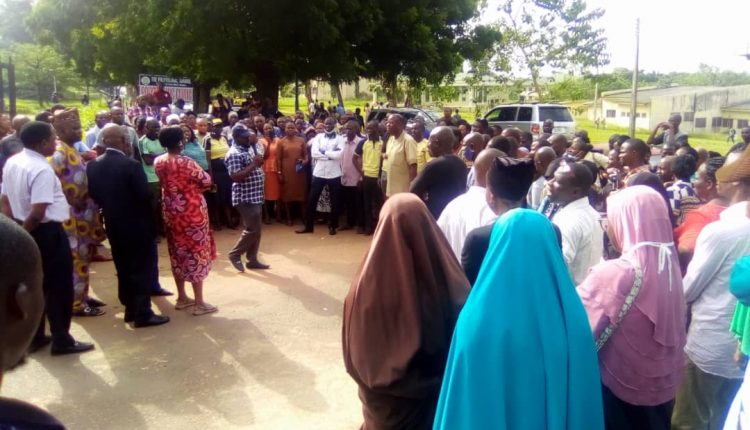 The Non-Academic Staff Union, NASU, Polytechnic of Ibadan chapter, has commenced a 3-day warning strike over non-implementation of the new minimum wage by the Oyo state government.

akedeoyo.com confirms that members of the Union blocked the central administrative of the Institution early this morning to prevent the teaching staff from gaining access to the building.

However, the Protest didn’t affect the commencement of the first semester examination scheduled for today, November 2nd, 2020 as the Union members restricted themselves from examination centres.