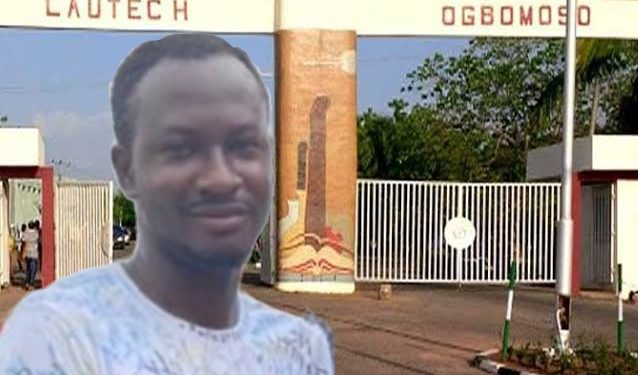 NIFEMI ASEFON’S DEATH: “We Will Properly Investigate His Death—LAUTECH VC

The Acting Vice-Chancellor of Ladoke Akintola University of Technology, Ogbomoso, Oyo State; Prof. Mojeed Liasu, has said that the death of Asefon Nifemi Bernard, a final year student of the institution, will be thoroughly investigated

The acting Vice-Chancellor made these remarks on Monday when he addressed the leadership of the National Association of Nigerian Students, South-West Zone, and described the death of Asefon as “unfortunate and a rude shock”.

He also said that many members of LAUTECH management are parents and keenly felt the pain of the promising young man’s loss. He also repeated that management was committed to getting to the root of the matter to prevent future occurrences.

He then addressed the current state of the LAUTECH Student Union and called on student leaders to educate their members on responsible unionism and discourage wanton destruction of public property at the slightest provocation. The acting VC rounded up by promising that management was already taking steps to bring back student unionism on campus.