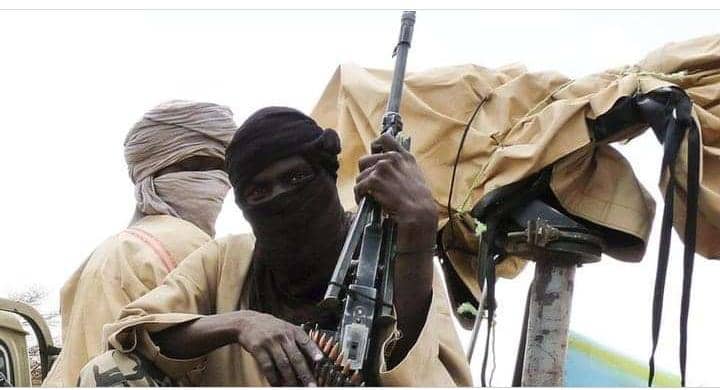 This piece crawled to my brain while envisaging the pickle of the incessant kidnapping and the burning terrorism unleashed by the men of underworld metamorphosing this country to an abode of dastardly act and evil perpetration which has almost gone haywire. As a patriotic Nigerian, this issue has to be discussed for outright panacea to be proffered swiftly. National dailies are replete with this horrendous news which has thrown gentle Nigerians to the deep pit of unrest of mind.

In July or thereabouts, President Mohammadu Buhari’s convoy was brazenly attacked, two people met their untimely death, left many cars, motors perforated by the sporadic gunshots. This attack audaciously launched by those people thirsty for blood has been making me to confirm to the crystal fact that Nigerians are in replete peril. Frankly, the question that rang into my brain then was: Did the dog want to bite itself with its viperous teeth?

On Sunday, 14th August, 2022 hoodlums purportedly invaded a market in Igalamela, Odolu Local Government, Kogi State in a broad day light amidst assortment of bullets being shot to decorate the air with the aim of invoking trepidation to the heart of the people, this attack led to the decimation of one innocent man called Johnson and tons of people got whisked away to an unknown destination. As reported, the invasion is the third of its kind in that particular bazaar. Humongous amount of N20 million was authoritatively demanded by those abductors who have been blindfolded with their desperate eagerness to garner illicit money not taking conscious or minding the language the nemesis will speak in the nearest future.

Honestly, those who had encountered the pang of abduction can only cogitate of the unsavoury condition the abductees’ relatives, friends, well-wishers would be; I am sure the whole earth would be in obscurity in their faces. This vividly reminds me of one Yoruba apothegm which states thus, “Eni ti n wo alaare gan ni nnkan se ju”, in English language, it means, an individual treating the sick always suffers the most. As the person prays for recuperation of the affected person, he/she would, also, not thwart or desist to be beseeching the Great Architect of the Universe not to transfer the ailment the person is suffering from to his body.

According to report by Daily Post Newspaper on August 16, Government Science Secondary School, Nasarawa Eggon Local Government Area, Nasarawa State, in almost dead of the night on Saturday, 12th August witnessed a dastardly act or scurrilous attack by unsuspected armed robbers who were fully armed to the teeth. In the process, they hacked a teacher called – Auta Nasela – to death in glacial blood. When shall we perpetuate to persevere this sort of carnage in the country?

In Oyo State, specifically Ogbomoso, the land of valiant, also experienced the metaphoric ‘Nigeria’. Within the interval of less than two months, three series of abductions were executed by the uninformed men who, reportedly, disguised in army uniform. A manager of Alao – Akala Farm and a ‘doctor’ were captured and carted way to unknown place. Albeit, they didn’t kidnap them on the same day. Before granting them freedom, after payment of ransom, they were callously subjected to thorough manhandling. What exacerbated the ire of the residents of Ogbomoso, in Oyo State, the most was the abduction and killing of a hotelier, a final year student of Ladoke Akintola University of Technology, Ogbomoso (LAUTECH) and others after payment of ransom. Consequently, a rally which was graced by the presence of eminent personalities, journalists of both local and national newspapers, security operatives, comrades, monarch, chiefs, patriotic indigenes et al, was launched to show their grievances and dissatisfactions to the incessant abduction and ruthless massacre in the city.

However, the Nigeria security operatives are trying but not excellently well to get these incessant dastardly acts curbed. This is ostensible with the arrest of 37-year-old abductor over a threat to kidnap three guiltless students of Oyo private university. Had it been they are exercising their responsibility brilliantly; they would have put a dot to the menace of insecurity in the country.

According to the constitution, one of the fundamental human rights which must be gleefully enjoyed by the citizens is the protection of lives and properties. It is unfortunate the government saddled with this duty are stylishly shirking it. Or is there any plan underneath? Are these actions orchestrated by those in the corridor of power?

At this juncture, I want to want to seize this precious medium to admonish government and advantageously-placed Nigerians, especially in Southwest, to come to their fellow Nigerians and South westerners aid, perhaps by empowering the conventional and non-conventional security personnel, so that they can be fully armed and have the unshaken courage to foil and retaliate those buffoons brazenly unleashing terror and inflicting harms to Nigerians. Not everybody is powerless to protect himself; some are tremendously powerful. The trepidation of not wanting to overreact has been the major cause that is hamstringing people to display any shred of resistance or challenge. If government can’t help, let us help one another. We ought not to be maltreated to this extent.