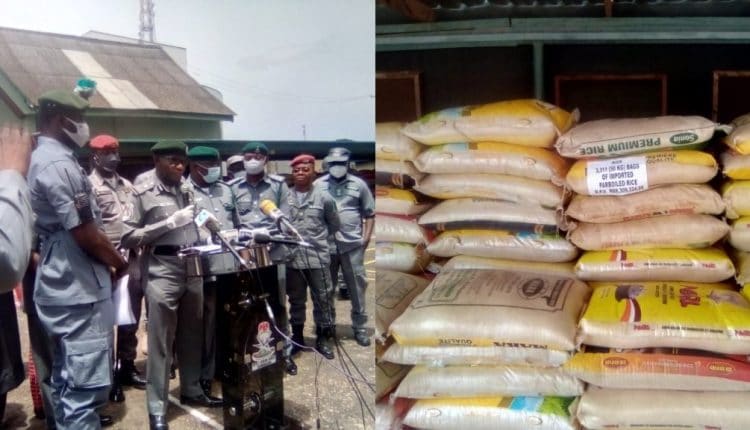 The raiding of Oja Iba and Bodija market in Ibadan by the men of the Nigeria Customs for contraband last week in a Gestapo manner has shown that the organisation is a lawless one.

If not, how can an organisation of customs stature raid shops in the night? Its activities are becoming unbearable, that is why it has decided to be carrying out activities under the cover of the night because of the reprisal from the people and if care is not taken, it will come to a time when people would rise up against them. It is unfortunate that activities at the periphery are under reported, if not, raiding of shops in Ogbomoso, especially has become incessant and sporadic.

I witnessed a situation where men of customs intercepted about seven vehicles smuggling rice at Ikoyi Ile, Oyo State. The rice was seized and vehicles allegedly set ablaze by customs. The Iseyin massacre by customs was another evidence of customs brutality. Five innocent souls were cut short by the rampaging customs men while pursuing smugglers. The question people always ask is that with the heavy security mounted by customs along our borders how did contraband escape the eagle eyes of customs? The conclusion of many is that without the support of the customs for smugglers, contraband cannot come in.

The second question is, can the men of customs be privy to the smuggled contraband and still way lay the smugglers? Then can we say that the seized contraband belonged to those who do not follow “due process”? Then, other questions people raised is why is raiding of shops prevalent in the southern part? Are there no smugglers in the north or the activities of customs are under reported?

Men of customs have to be courteous in their activities. If with the presence of heavily armed customs personnel along our borders and routes and smugglers are having a field day, it is either the customs are derelicted in their function or there are fifth columnists in their outfit.

To curb smuggling, it has to look inward than outward. Coming to disturb the peace of our neighbourhood should stop.

Raiding in Ibadan should be the concern of Engineer Seyi Makinde being the security officer of the state.

Makinde should ask for rationale for raiding in Ogbomoso and Ibadan especially since they are not border towns. I am not saying that the governor should support smuggling but to avoid the repeat of Iseyin massacre, which forced him to compensate the family of the victims according to a report, he must take action against the rampaging outfit.

Until the men of customs are told in clear terms that they are sabotaging the efforts of the nation in curving smuggling, they would continue to hold that false belief that they are helping the nation.