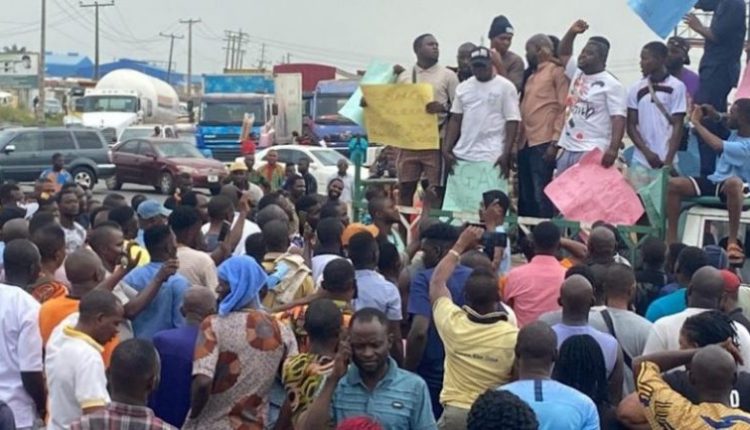 The National Association of Nigerian Students, NANS, yesterday blocked the Lagos-Ibadan Expressway by preventing free flow of vehicles in and out of Lagos, to protest the prolonged ASUU strike amidst other challenges.

The students who carried placards with various inscriptions, stationed themselves at the Redeemed section of the Expressway.

Led by their leaders in Ogun, Lagos, Oyo and Ondo States, the students’ body claimed that they were tired of neglect by the government and expressed displeasure with the condition of things in the universities.

They also condemned the scarcity of fuel which has caused hardship for the citizens including the students.

NANS therefore urged the federal government to find a lasting solution to the two major problems which according to them, is causing a national embarrassment for the country.