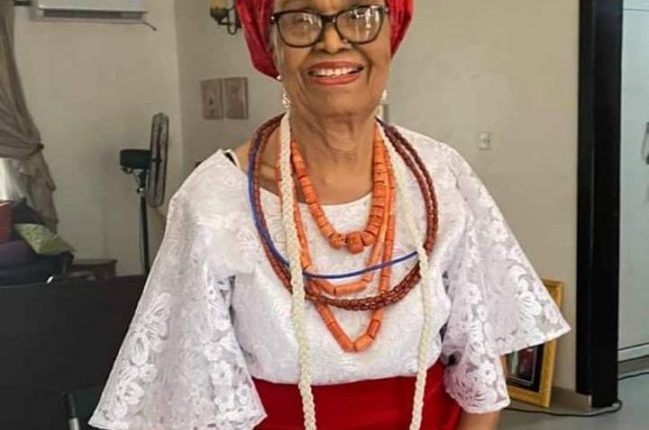 The Nigeria’s First Female Vice-Chancellor, Professor Grace Alele-Williams on Friday, died at the age of 89.

Alele-Williams, who gained prominence after she was appointed as the vice-chancellor of the prestigious University of Benin in 1985, was a Professor of Mathematics, whose tenure witnessed a drastic reduction in cultism, a menace in UNIBEN at the time.

Before her appointment as a vice-chancellor, she made history as the first Nigerian woman to obtain a doctorate degree in Mathematics in 1963, a rare feat in the sixties.

Meanwhile, the circumstances surrounding her death are unclear, as at the time of filing this report.