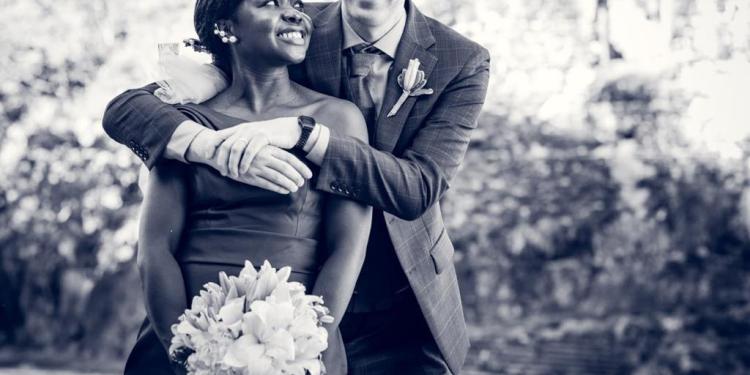 A gubernatorial aspirant under the platform of All Progressives Congress, APC, in Oyo state, Chief Niyi Akintola has given out her daughter in holy matrimony to an Irish-American man.

According to a statement by Mobolaji Oladepo, the media aide to Former Deputy Speaker, Tosin Akintola gave her father, Adeniyi Akintola SAN (the legal egg- head) the biggest birthday gift in consumating her marital vows after taking her education to the zenith.

The statement further read: “The obviously happy dad had been wishing for this a while. But Tosin and Joseph gave him this huge birthday gift by tying their nuptial rites on his birthday.

“Oluwatosin Akintola who by current description is a Nigerian/ American at the Brain Cancer and Brain Tumour Center of the Harvard Medical School is beautiful inside out with a disarming smile that must have swept Joseph off his feet.

“Joseph, the dashing Irish American has the “if not me, who else” kind of looks and an interesting “hello” that sets a lady’s heart racing. And the rest is history.

“Tosin had been a precocious child since kindergarten. She graduated from primary school at 9, high school (FGGC, OYO) at 14 and entered the University( New York) that early in the United States ( Where She became a medical consultant).

“She left all that and moved higher to study oncology at Harvard. At 32, She’s a world renowned Don as a specialist oncologist.

“She has been described as a statement case for the girl child. We congratulate Tosin for her exemplary achievements. We wish the newly wedded a happy married life.”

2023 Presidency: I Can’t Be Running Mate To Drug Baron, Most Corrupt Nigerian ― El-Rufai