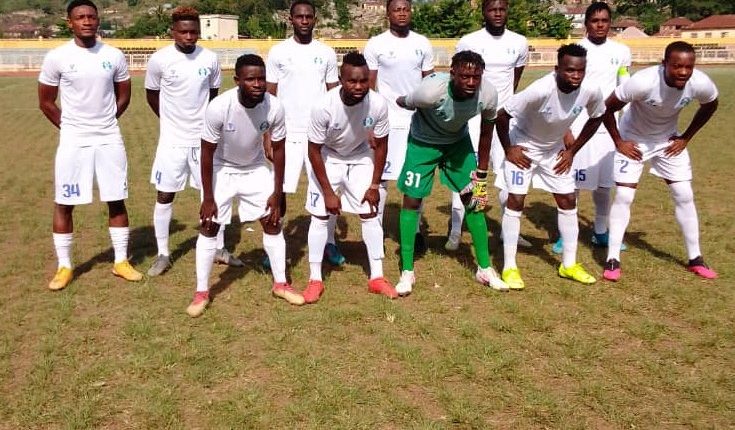 NNL: 3Sc End First Round of The Season With Goalless Draw Against Ekiti United

Despite their recent scintillating form, the Shooting Stars of Ibadan Sports Club (3SC) had to settle for a draw in a nervy affair played out at the Oluyemi Kayode Stadium, Ado-Ekiti.

The game began with both teams trying to feel each other out without overcommitting in attack and only began to come to life in the 21st minute when The Oluyole Warriors began to impose themselves on the game but the Ekiti United rearguard proved up to the task, repelling the visitors whenever their backline was threatened.

The home team finally came to life and in the 30th minute, they had their first real chance, getting behind the 3SC backline, but the Ekiti United striker could only blaze wide when it seemed easier to score. The teams played out the rest of the first half with no real goalmouth action and went into the break goalless.

The second half was a different story as the home team did their best to take control of the game, spurred on by their home fans but the 3SC goalkeeper; Detan Ogundare made some very smart saves to keep his side level.

With a quarter of an hour left to go, Malomo Ayodeji and Muritala Taiye were introduced by the 3SC coach; Edith Olumide Agoye to try and change the game but the game was already fizzling out and eventually ended in a tepid draw.

With the league now on a mid-season break, the Oluyole boys return home and will hope to relax and perfect their tactics on the training ground so they hit the ground running when the NNL league resumes.