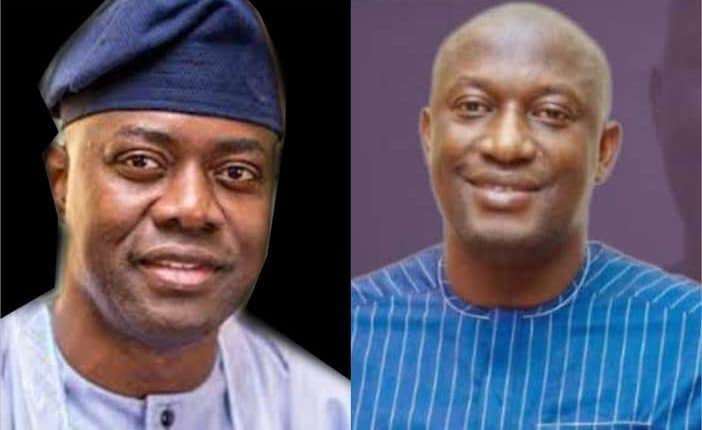 A member of the People’s Democratic Party Segun Olaleye popularly known as “Radical Brother” has said Governor Seyi Makinde of Oyo State is coming up with surprises is government because he has successfully blocked all leakages in revenue.

Speaking with Aanuoluwapo Omorinde on BOTTOM LINE – a political programme on IBR 92.5fm Ibadan at the Weekend, the former member of the Oyo State House of Assembly said “I can tell you authoritatively as a former Chairman of House Committee on appropriation that there were leakages. This I raised and fought in the last dispensation but I was called all sorts of names. I can tell you that all these leakages, the incumbent Governor has blocked and so, he has funds to develop the State.

It will be recalled that last week, the Governor during a visit to LAUTECH had announced a 25% reduction in the School fees of the Students of Ladoke Akintola University LAUTECH, Ogbomoso. The same week, the Governor also announced an upward review of Corps members monthly allowance from five thousand naira to fifteen thousand naira. Many had queried the rationale behind these moves fuelling suspicion that these were in a bid to sustain his populism agenda.

Reacting, Hon Olaleye said “when I hear stuffs like this, it makes me proud. It simply means Seyi Makinde is a leader and a prudent Manager of resources. He is doing the unusual because he has blocked all the leakages in revenue and so, more money comes into the government coffers”.

He however charged the State Assembly to scale up their oversight as according to him “the Governor has initiated many projects and as such, the Lawmakers should assist him by checkmating the excesses of some of the Contractors handling these projects.

Radical also called for the probe of the first Contractor that worked on the Agbowo Shopping Complex saying there are some shaddy deals within the period he spent on site.

In his words “that Contractor should be investigated. Some materials he removed from site are no where to be found. In this area, the State Assembly can help”.

He also berated the second Contractor who worked on the Agbowo Shopping Complex for castigating Seye Famojuro an ally of Governor Makinde. He wondered why a campaign of calumny is being sponsored against his person.

“It is not new for people in power either Presidents or Governors to have friends. There are people who are usually close to Governors. During Obasanjo regime, we had people like that. I think it’s unfair for anyone to make these ones object of attack”.

“If you are losing your contract, you know how you got it in the first place! Go through same channel and stop casting aspersions on individuals”.

A professor of Education at the University of Ibadan, Rotimi Animasahun who also featured on the programme posited that the reduction of the tuition fees of LAUTECH Students by 25% should get any rational being thinking.

According to him, Governor Makinde could not have made such an announcement without counting the cost.

“The Governor could have sat down with his team to do some calculations and discovered that LAUTECH has been making profit afterall”.