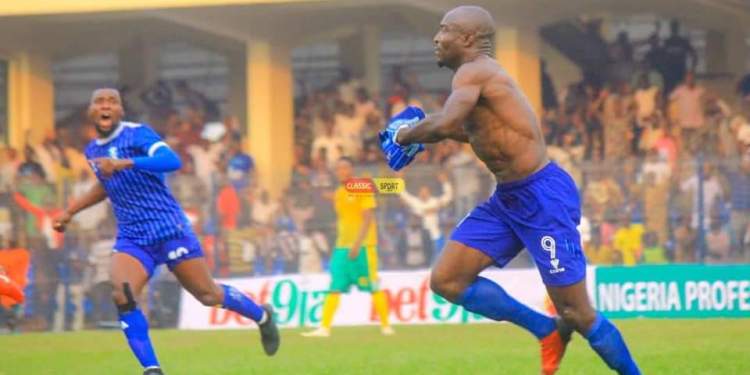 It was second home win for Oluyole Warriors as they secured the maximum three points for their late General Manager, Mr Rasheed Balogun.

Kwara United striker, Alao Danbani opened the scoring for his side in the 60th minute before 3SC Ayo Adejubu equalised 10th minute after to make 1-1.

Odeyemi scored the winning goal in the 95th minute, giving the needed three points as they move up from the relegation battle.

Speaking after the match, Agoye thanked his players for their commitment and dedication just as he said they deserve the win.

He said “Going down 1-0 at home, especially in the second half against a very strong team, Kwara Utd, actually, it was not a good one as we felt the end had come but because of the players, they showed character in memory of our late General Manager.

“The players gave everything on the field of play to make sure the three points arrived at home and we are very grateful for that,” he said.

“We came here to get the three points but at the end of the 90th minute we were unable to get anything.

“I praise 3SC players, even when they were 1-0 down, you could see the zeal from them.

“I will blame myself and the players because we lost concentration towards the end where it mattered most, we lost it.”