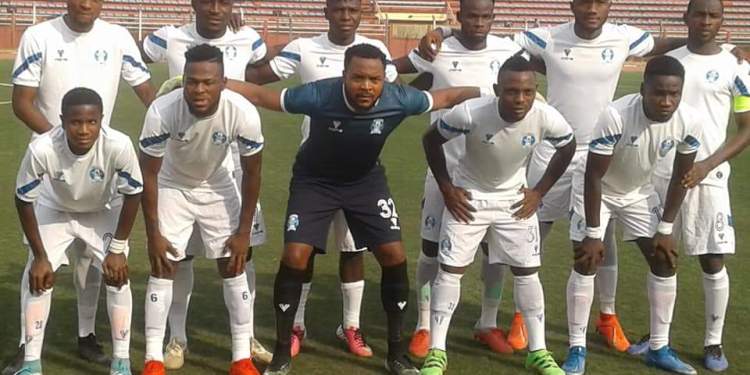 Chief coach of Shooting Stars Sports Club (3SC) of Ibadan, admitted that loss of focus on the part of the team, was responsible for the 2 – 1loss to Lobi Stars of Makurdi.

The Oluyole Warriors surrendered a first half lead, courtesy of Akilu Mohammed’s 40th minute goal to fall 2 – 1 to the homers in a NPFL match day three encounter played at the Aper Aku Stadium, Makurdi.

Speaking after the game, in which two second half goals, gave Lobi Stars all three points, Agoye, said his boys failed to take the advantage they had in the duel.

“We met a very good Lobi Stars team, a team that is well coached but when you make mistakes, you get punished. That was exactly what happened in the game.

“We lost focus and we paid dearly for it. We had the advantages but we refused to take them. If we had taken our advantages, the chances we had, I think it would have been a different story”, sated the. 3SC sweat merchant who expressed satisfaction with the standard of officiating, describing it as fair.

It was a game the Ibadan soccer lords had under control, particularly for the large part of the first half and the beginning of the second half.

AFCON 2ND ROUND: Buhari In Video Conference With Super…

The Oluyole Warriors had themselves to blame for being shy in the front of goal, especially in the early minutes of the game, even though the host also had their own chances too which they also threw away.

With about five minutes to end the first half, Akilu Mohammed gave 3SC a well deserved lead, which they took into the break.

On resumption of the second half, the Warriors held sway in the midfield, spraying passes around but this they could not translate into goal.

The tide of the game changed in the 63rd minute when Lobi Stars got the equaliser through Adams Olamilekan, before sealing victory via Ifeanyi Ogba’s 72nd minute strike.

Attempts by 3SC to level up did not yield, as all efforts by substitutes, Gafar Olafimihan, Wasiu Alalade and Ayo Adejubu, where thwarted by the homers’ defense, who held on till the end of the match.

The Oluyole Warriors wil next play host to Katsina United on Sunday, in a match day four fixture at the Lekan Salami Stadium.