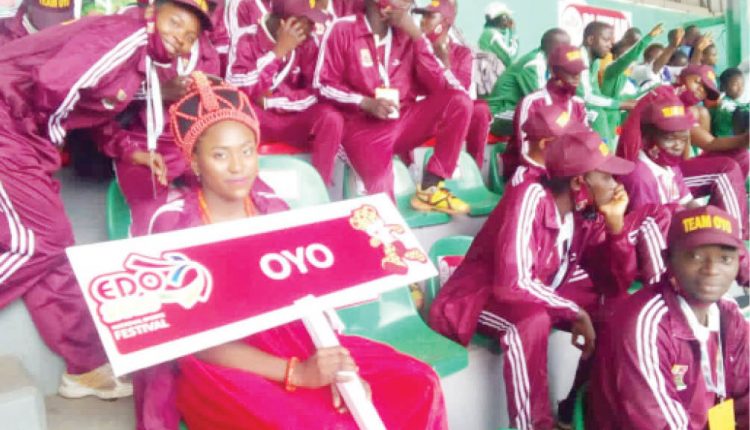 Oyo State Government has presented instant financial rewards to the state’s athletes who have so far won medals at the ongoing National Sports Festival in Edo State.

Presenting the cash awards to the medalists at the camp of Team Oyo, University of Benin, Chairman, Oyo State Sports Council, Chief Gbenga Adewusi said the gesture was to encourage other athletes to win more medals.

Chief Adewusi said the move is apart from the financial rewards to be showered on the medalists when they return to Oyo State, and that it was the idea of Governor Seyi Makinde.

Makinde, Fayose’s Factions In For A Popularity Fight Over 756 S’West PDP Congress Delegates