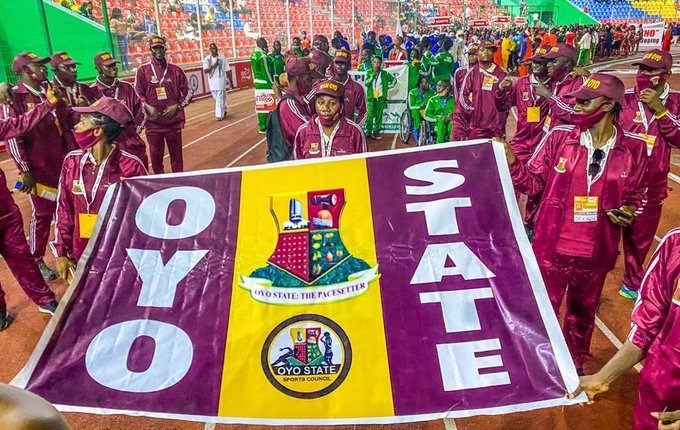 Team Oyo has broken their own record of 16 Gold medals set at Abuja 2018 by clinching 17 Gold medals at the National Sports Festival, Edo 2020

David Joseph Oluwadamilare was the first from the Oyo state contingent at the Edo games to win a Gold medal in Judo and Oyo State claimed six bronze medals at the Kickboxing event with Adegboyega Aminat, Adegboyega Kaosarat, Adeyemi Jamiu, Muili Toheeb, Fidelis James and Akanbi Kehinde all winning bronze in their respective categories.