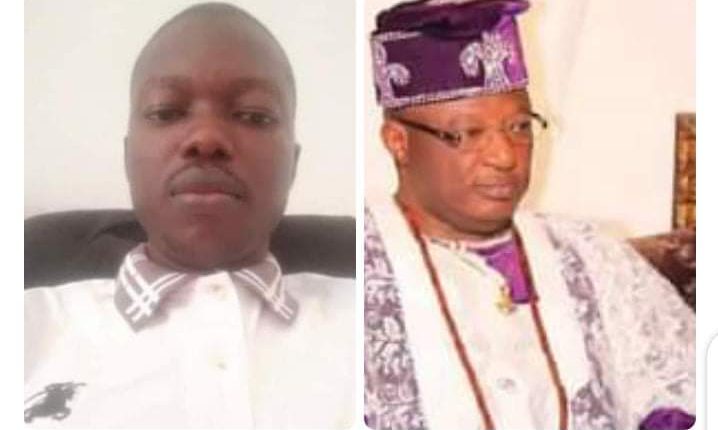 The owner of Hiltons Hotels and Resorts, Dr. Rahman Adedoyin, is enjoying preferential treatment in the custody of the Osun State Police Command, the National Association of Nigerian Students has alleged.

The apex students’ association in the country said a recent audio recording released by Adedoyin while in police net showed that he is being accorded luxury.

The PUNCH had earlier reported that in the audio recording, Adedoyin denied complicity in the death of a Masters’ student of Obafemi Awolowo University, Ile-Ife, Timothy Adegoke, who died in controversial circumstances in his hotel and was buried in a shallow grave without the knowledge of his family or the police.

An autopsy into the cause of the death of Adegoke is being expected as of press time.

In a statement on Tuesday, NANS sounded “a note of warning to everyone involved in the investigation that NANS will stop at nothing to expose and fight anyone irrespective of how highly placed contemplating to pervert the cause of investigation or justice.”

The statement signed by NANS President, Sunday Asefon, was titled, ‘Timothy Adegoke murder: NANS calls for transparency and justice, irrespective of how highly placed are the perpetrators’.

The statement read in part, “We equally frown upon the audio making the round where a principal suspect in the murder, the Chief Executive Officer of Hilton Hotel Dr. Rahman Adedoyin appears to be making a statement denying his involvement in the murder.

“We berate the luxury accorded Dr. Rahman Adedoyin to have access to his phone, make a video recording and share it while in the custody of the Nigerian Police Force. We believe this luxury is exclusive and couldn’t have accorded of murder suspect of a lower social class.

“Given the enormity of material evidence against the suspect, staff, and management of Hilton Hotel, we advise that law enforcement agents must fight any temptation to accord the suspect preferential treatment or third-party influence which may pervert the cause of justice.

“Also, we demand an immediate multi-agency manhunt for Rahim Adegoke, the MD of the Hotel who is equally the son of the proprietor of the hotel fingered in the gruesome murder of Timothy Adegoke. We believe government must invest the same energy invested in arresting secessionist agitators in arresting this fleeing murder suspect.

“In the same vein, we call on security agencies to conduct forensic analysis and search around the hotel vicinity to ascertain whether or not more people have fallen victim to this heinous crime whose body might as well be dumped in a shallow grave near the hotel.”

Asefon also said he has constituted a three-man NANS Committee to follow up with the investigation into the death of Adegoke and brief the secretariat on development in real-time.

“Our prayers, condolences, and solidarity go to the family as they navigate this hard time. We pray God will grant them justice which will serve as the foundation for their healing,” the statement added.

Meanwhile, the Osun State Police Command has said it is probing the release of an audio recording made by the prime suspect.