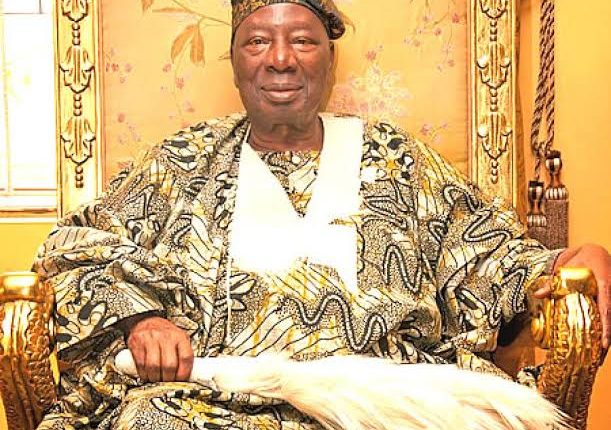 • A self-respecting monarch joins his ancestors at 95.

Among prominent traditional rulers in Nigeria, particularly in the Southwest, the Soun of Ogbomoso, in Oyo State, Oba Oladunni Oyewumi Ajagungbade III, was a relevant royal. He died on December 12, aged 95.

He ruled with a sense of his role in social development. His 48-year reign, which made him the longest reigning king of Ogbomoso, brought remarkable development to the land. He initially demonstrated his intentions by building a modern palace to replace the mud palace he inherited.

It is striking that he successfully used his traditional influence to get the political authorities to develop his domain without devaluing the cultural essence of his position.

“When I became Soun, education was my first priority. I pursued how we would have many primary and secondary schools and the Lord crowned my efforts with success. We have more than 150 schools in Ogbomoso today,” he said in an interview to mark his 90th birthday in 2016. There are also tertiary educational institutions in the city, including a university.

He mentioned other notable successes: “I ensured that law courts were established in Ogbomoso. Prior to that, people in Ogbomoso used to go to courts in Osogbo in present-day Osun State…I ensured that we have one of the Area Command headquarters of the police in Oyo State in Ogbomoso.” Indeed, various manifestations of his declared motto, “Progress of Ogbomoso,” can be seen across the city.

Born as a prince in Ogbomoso on May 27, 1926, he ascended the throne in October 1973 at the age of 47. He attended St. Patrick Catholic School, Oke-Padre, Ibadan and Ogbomoso People’s Institute, Aku, Ogbomoso, before he went into business for himself.

Importantly, his business activities didn’t stop him from pursuing self-development through further education. When he moved to Jos in 1944, he attended evening classes, which raised his level of education and equipped him for greater heights in business.

By 1954, his determination to succeed in business earned him a major dealership from the French company, Compagnie Française de l’Afrique Occidentale (CFAO). This enabled him to expand his business and import beer and goods from Europe. He travelled to London, Ireland, and Germany as his business flourished.

From trading under the business name of Prince Stores, he established J. O. Oyewumi and Co. Ltd in 1967, with interests in real estate, hospitality services and merchandise, which showed not only his business growth but also his financial increase. The popular Hotel Terminus chain with branches in Jos, Ogbomoso and Osogbo, and Royal Crown Hotels formed part of his business empire.

His background as a successful businessman before he became a traditional ruler was useful to him in setting development goals for his domain and pursuing them with a sense of purpose. “If you are a king…you must ensure that the kingdom experiences continuous progress,” he said.

Oba Oyewumi was self-respecting and demanded respect for traditional rulership. ”I don’t go to people in power for personal gain… A paramount king should respect himself,” he said. Traditional rulers in the country should learn from this philosophy which helped him to keep his honour intact.

He will be remembered for his good name and his contribution to making Ogbomoso bigger and better than he met it.

The Truth About N26billion Budget Allocation to Oyo Governor’s Office