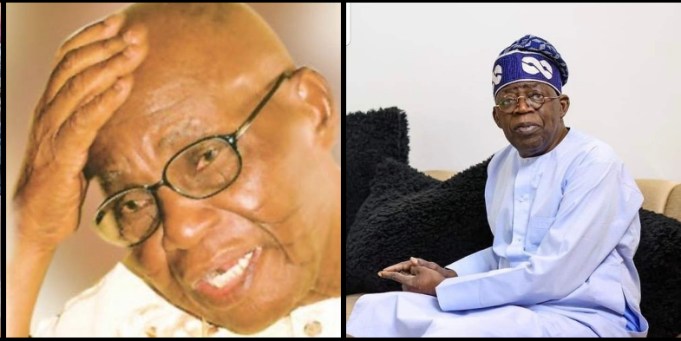 It is worth repeating here how the late strong man of Ibadan politics, Chief Lamidi Adedibu, used his political heftiness to drop political favours into the laps of many of his followers. In the days of the strong man of Ibadan politics, Alh Lamidi Adedibu, he was called hailing names such as ‘oloore’ (benefactor) and ‘so’gi d’omo’ ( he who turned tree to a child) by people who benefitted from his political benefaction and largesse and those who were witnesses to Baba Adedibu’s political benefaction.

Those helped by Baba Adedibu to climb political ladders, occupying political offices were in categories of the educated, the uneducated, the miscreants, and the thugs. Prominent among the educated whose Baba Adedibu’s political influence propped up political ladders included Senator Rashidi Ladoja, Amb Taofeek Arapaja, Senator Teslim Folarin, late Otunba Alao-Akala, Abiodun Ekolo, Akeem Ige, to mention a few of them. In the uneducated category, we had now Bar Hazeem Gbolarunmi, Tajudeen Aleshinloye, and others whose names one could not readily recall. There were miscreants and thugs who were pushed by Baba Adedibu to contest for local government chairmen and councillors and who won. Others were appointed as supervisory councillors, chairmen and members of the boards of government parastatals and agencies. These political gestures were what rightfully earned Baba Adedibu the hailing names of ‘oloore’ for the educated and ‘so’gi d’omo’ for the uneducated, the miscreants and the thugs.

Chief Lamidi Adedibu did not hold any political office. He was just using his political clout, structures and influence to negotiate his followers into public offices. Through his political connections, he had installed governors, senators, federal honourables, state honourables, council chairmen, supervisory councillors, legislative councillors, and others. In return, the persons Chief Adedibu helped up the political ladders reciprocated his benefaction by bringing in monies regularly which Baba used to oil and service his political machines, machinery, and mercenaries. People like Amb Taofeek Arapaja, Senator Teslim Folarin, Bar Hazeem Gbolarunmi and a few others feel eternally indebted to Baba Adedibu for their political rise and success. Even, after thirteen years that Baba Adedibu had transited to the other side of the earth, the personalities mentioned above are yet to desert Baba’s palatial home at Molete, where his only remaining Matriarch, Alhaja Chief Bose Adedibu, still holds unshakable sway.

As they say, different strokes from different folks. When it comes to political benefaction par excellence, Asiwaju Bola Ahmed Tinubu is a classical act. Since his foray into politics in the very early 90s, he has come across as a shrewd hunter of talents and brilliance. This amazing attribute of Asiwaju Tinubu came to fore during his governorship of the splendored Lagos State. For the first time in the history of Nigeria, and such finest feat hasn’t been broken yet, there was a governor whose cabinet was a brilliant assemblage of, and resultant convergence of Nigerian diversities in terms of religions and ethnicities. That singular, spectacular act by Asiwaju Tinubu is an unarguable confirmation of his belief that Lagosians alone could not develop Lagos to the mega heights he envisaged. His cabinet as the governor of Lagos between 1999 and 2007 did not only reflect that his dream to reactivate developments in the South West was not a lip service, it also lent credence that Asiwaju’s passion to see Nigeria survive, thrive and prosperous was undeniable.

There is this self-coined truism that the sweetest meal for majority of Nigerians is political meal. Once they get invited to have a taste of political delicacy, they eat to their fill, lick their fingers, bite their tongue as a result of the financial sumptuousness of politics and stay put! It’s the reason the professionals and technocrats invited by the likes of Asiwaju Tinubu refuse to leave the dining of political delicacies. No matter how accomplished these professionals and technocrats have become in their respective fields, political delicacies become the icing on the cake of their personal accomplishments.

It’s, therefore, shocking that the supporters of Vice President Yemi Osinbajo fail to see Tinubu’s huge benefaction in their principal’s rise to political stardom. Yes, VP Osinbajo has been a SAN and a Prof of Law, having also being a former legal adviser to Justice Bola Ajibola between 1988 and 1992 when Justice Ajibola was the Attorney General and Minister of Justice under Military President Ibrahim Babangida, before he, Osinbajo, joined the cerebral cabinet of Senator Bola Ahmed Tinubu in 1999. But political limelight and opportunity are refreshingly different, more engaging, and more financially fruitful than professional limelight. It’s not funny that the supporters of the Vice President, wanting him to become the next president of Nigeria, are missing this point. Well, if they miss this point, the nuclear family and the extended family of the brilliant VP Osinbajo cannot and will never miss the point. Even the Prof himself cannot miss the point that his invitation to eat from political meal hasn’t been a misadventure, having stated openly, publicly in a forum that he couldn’t have been able to afford buying brand new cars if not for his presence at the dining of political delicacy. His SANship and professorship could only afford him the less luxury of buying Tokunbo cars! His endearing wife and blessed children would appreciate more that their patriarch’s presence at the penultimate peak of political ladder has allowed them access to awesome affluence that enables the unparalleled opulence they swim in now. Won’t they ever be eternally grateful to the one whom God used to propel their patriarch to his present penultimate peak of political office?

In all of these, the most important benefactor is Asiwaju Bola Ahmed Tinubu under whom many professionals and technocrats, including VP Osinbajo, reached political limelight while the biggest beneficiary of Tinubu’s political benefaction remains Prof Osinbajo. It’s now shocking how the supporters of the VP are blatantly blind to their principal’s record-breaking betrayal of his political mentor and benefactor. Such supporters might have been, in the past, part of the hailing crowd, calling Baba Adedibu ‘oloore’, ‘so’gi d’omo’, which they feel Tinubu doesn’t deserve to answer. And, on the part of the VP himself, it’s worse that he didn’t deem it fit to inform his party leaders, chief of whom is Bola Tinubu, of his intention to move to the highest step in the political ladder, though it’s an office Tinubu himself is gunning for. It’s an height of betrayal on the part of VP Osinbajo to show interest in the exalted office of the president his political mentor and benefactor is interested to occupy. It’s both an ‘height, a length and a breadth’ of betrayal for VP Osinbajo not to at least inform Tinubu of his presidential aspiration. The word ‘betrayal’ is what sends the chief supporter of VP Osinbajo, Babafemi Ojudu, to fits of intoxicating anger but the same word is what Ojudu needs to prick his conscience that though, it’s within his principal’s constitutional right to aspire for presidential office, his history of betrayals will continue to demean him and diminish his ratings as somebody who was supposed to be the Omoluabi of Example!

Shouldn’t VP Osinbajo, Ojudu and their supporters borrow a leaf of decency and reciprocity of benefaction from Baba Adedibu’s followers who buried their senatorial aspiration to pave way for Baba’s biological son to contest Oyo South senatorial seat in 2007?

JUST IN: 3 Commissioners, Other 93 ADC Appointees Join PDP In Oyo