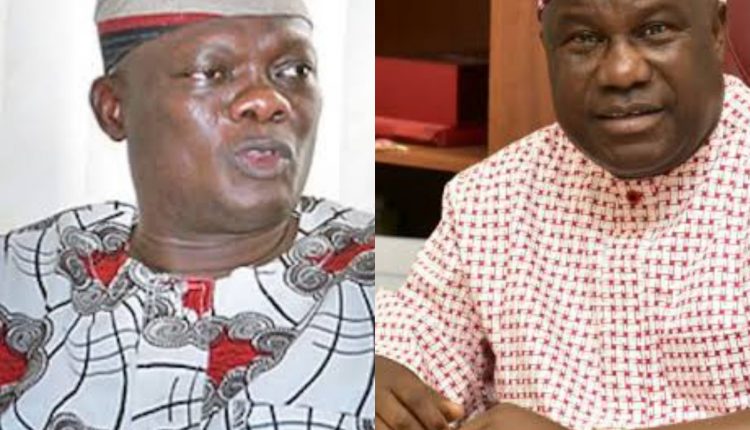 All Progressive Congress stalwarts and senators, Sen. Teslim Folarin (Oyo Central) and Sen. Abdulfatai Buhari has condemned in unequivocal terms the killing of young Jimoh Isaq during a protest against the wanton killing of Nigerians by the personnel of Special Anti-Robbery Squad(FSARS) across the country.

The lawmakers gave the condemnation in their separate statements made available to newsmen on Sunday in Ibadan.

Akedeoyo.com had reported how some Nigerians across the country had, in the last few days, been embarking on protests against alleged harassment, extortion and extra-judicial killings of innocent citizens by SARS operatives.

Akedeoyo.com also reports that the EndSARS protest, held on Saturday in Ogbomoso, had turned bloody, leaving Jimoh dead and several others injured.

“I condemn, in strongest and unmistaken term, the extrajudicial killing of one of our youths in Ogbomoso, in person of Isiaq Jimoh.

“This is one death too many in the hands of the operatives of SARS, as the media is replete with reports of similar treatments and murder of other innocent Nigerians in different parts of the country.

“I, however, appreciate the determination of the Inspector-General of Police (IGP) to ensure a comprehensive reform and overhaul of the operations of the police unit.

“The IGP must order the Commissioner of Police in Oyo State to unveil the officer who shot dead the young man with a view to prosecuting him.

“While I commiserate with the family and friends of the late Jimoh, I pledge to join other stakeholders to seek justice for the victim,” he said.

Also, Buhari described the killing of Jimoh during the EndSARS protest in Ogbomoso as shocking and disheartening.

Buhari, the Chairman, Senate Committee on Land Transport, said that the nation’s constitution and democracy permitted freedom of speech as well as association.

The lawmaker said that it was undemocratic to assault, maim or kill citizens, while expressing their fundamental human rights.

“Democratically, peaceful protests put the government on the right track to deliver the dividends of democracy to the citizens.

“The situation is regrettably painful and I am sure the Commissioner Of Police, Nwachukwu Enwonwu, and other relevant authorities are fully investigating the very unfortunate incident with the aim of bringing the perpetrators to justice.

“I wish those receiving treatment at the Bowen Teaching Hospital soonest recovery from the various injuries they sustained and also express my deepest sympathy to the family of the deceased,” Buhari said.

The lawmaker prayed Allah to grant Jimoh aljanah fridaous and his family and loved ones the fortitude to bear the irreplaceable loss.