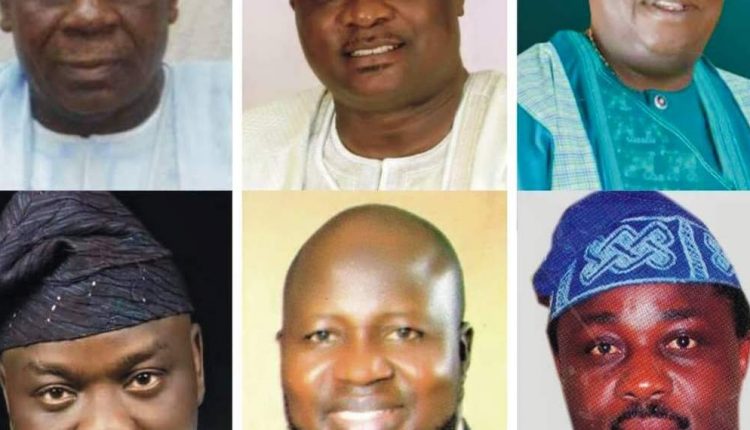 “To an average Nigerian politician, anywhere the night meets him is a home.” – Alhazan Abiodun

The clamor for an Oke-Ogun Governor dates back to the 1980s, although we can say the noise was like muted then, unlike the late 90s when the cacophony of the demand became more ubiquitous and everyone, including the major players of political game started to take it serious.

At a point when it was seeming like the region, with ten local government areas would have some strong voice to force the dominant Ibadan ‘warlords’ to compromise and see reason for the need for fairness, equity and justice in rotating the gubernatorial ticket for all the parties in the State, the strong politicians from Oke-Ogun then, panned to the interest of Late Chief Bola Ige, whose candidate was Late Lam Adeshina.

The likes of Chief Michael Koleosho, who was the powerful Secretary to the State government during the Lam Adeshina’s administration was accused by some elements to have even taken the seat of power; the State capital, to Saki.

Others who also had voices in the administration then had to kowtowed to the whims of Chief Koleosho, they were from all strong communities in Oke-Ogun, but they forgot the ‘Oke-Ogun agenda’ which was still in the lips of the then youths in politics.

When Senator Rasheed Ladoja took over the Agodi House in 2003, the power was in the hands of the People’s Democratic Party (PDP) and it was then the elders in Alliance for Democracy (AD) realized the need to go back to the agitation, using the initial youths as placard carriers, thinking it would be a joker to wrestle back power to the ‘Progressive’ group.

The scheme failed. Permutations fueled with strong politicking saw to the end of the Ladoja administration and birthed the Governor Alao Akala’s administration, when the rotational demand was heard again, but like it happened earlier, the noise was subdued by what some will tag ‘table manner’, as some of the agitators were called to partake in the governance.

It is expected that when you are eating, you must not make noise, so they kept quiet because they moved loyalty from the feebly-held ideology of ‘progressive’ politics to the not-so-appreciated ‘conservative’ politics that PDP members were called then. AD then changed to Action Congress (AC) and later Action Congress of Nigeria (ACN).

The Late Abiola Ajimobi won the 2011 gubernatorial election under the ACN and never minced words in letting his followers realize that Progressive Politics and Conservative Politics were interrelated, but the leadership had the choice to propound policies and programmes that would make people take them for either of the two sides.

Most of the ‘Oke-Ogun Lo Kan’ adherents were brought into the government, especially the young politicians, in apparent effort to ‘retire’ the elder politicians. The first term of Ajimobi was a jolly ride for these young opportunists and by this period, the bug of the agitation has bitten the youths in other political parties and notably many, who are not interested in politics but looking for the betterment of the region, thinking only Oke-Ogun Governor could achieve that.

The second term of Ajimobi showed a clear picture of real and fake agitators of the call as, instead of these individuals to rally behind one party or candidate from the region, they cowardly lined up behind the candidates of the then ruling party (APC) from Ibadan and the then main opposition party (PDP). They simply forgot the clamor for rotational governorship ticket. They went into hibernation. They threw away their placards and concentrated on the victory of their party choices.

Governor Abiola Ajimobi even said at an occasion at Saki before the struggle for the party ticket started gaining momentum; probably in 2017 that he would support an Oke-Ogun governorship candidate. But the tune changed when the time came. He settled for an Ibadan successor.

After the 2019 election, Engr. Seyi Makinde emerged the winner and they are back in the frenzy of stirring interests of the fence-sitters to join in the demand.

In my opinion, I am always in support of this move to move the ticket, without violence among the regions in the State like Ibadan, the largest with eleven local government areas, Oke-Ogun with ten local government areas, Ogbomoso, which had interestingly gotten the opportunity of ruling for four years under Governor Alao Akala, Oyo and Ibarapa areas, but to what length can I hold those at the helms of the call responsible to their words and actions, looking at their initial postures of going back to their vomit.

The Ibadan are resolute in following their own sons under whatever political banner, flag, name or platform. We are the ones not ready to pay the price of taking the highest risk of snubbing the parties that cannot field an Oke-Ogun person.

The present administration to me has opened the Oke-Ogun region up for development through road construction projects, establishment of academic institutions in the region among others. It can do more. I believe it will do more, but to the ‘Oke-Ogun Lokan’ adherents, I suggest we keep up the glow of this fire by supporting the incumbent to succeed and get the words of Governor Seyi Makinde to support our agitation, come 2027.

This opinion is mine. I know some may not agree with it for political affiliation reasons, some will disagree based on their eagerness to have the slot in no time and some, because they think I am not a politician. But the issue is clear from the horizon, no matter from which side of the divides you stand.