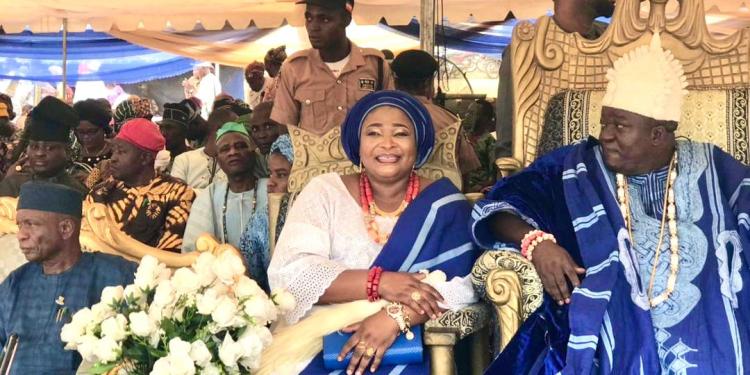 Traditional rulers from the Oke-Ogun axis of Oyo State have registered their support for the present administration in Oyo State over what they termed developmental strides witnessed in the region under Governor Seyi Makinde.

The monarchs who disclosed this at the 2022 Beere Festival which held on Wednesday at Saki, Saki West Local Government area, added that the governor deserved a second term in office, for the people to continue to enjoy the dividends of democracy.

The Olokaka of Okaka, Oba Azeez Ayoola Ogelende 1, who spoke on behalf of other Obas at the event hinted that the landscape of Oke-Ogun area has changed for better, due to many infrastructural developments like road networks, establishment of higher institutions of learning and promotion of agribusiness, which he said has helped the agrarian communities in the region.

“Farmers can now transport their farm produce to the cities without the fear of bad road and the support the government has given to farmers and other businesses cannot be over-emphasized, we thank him from the bottom of our hearts.

“We call on all sons and daughters of Oke-Ogun to support the governor so that he can do more for us, we need more and he will do it for us if we keep supporting him and his government.”

The Olokaka used the occasion to chastise Yoruba filmmakers that portrayed nudity and switch into foreign language in their Yoruba films, saying the trend has affected the psyche of Yoruba youths.

He called on government to put laws in place to regulate the film industry to sanction any film maker that portray nudity in their films, so as to serve as deterrence to others.

The Chairman of the Occasion who is the Executive Chairman of Ilaji Hotel and Resort, Engr. Dotun Sanisi, in his speech, advocated the uphold of Yoruba culture and tradition as the only means of escaping the global economic crisis.

Sanusi, who was represented at the event by Mogaji Nurudeen Akinade noted that the drop in the fortune of crude oil has necessitated the need for upgrade of Yoruba culture and tradition for tourism purposes, so the State and local people can draw from the gains therein.

“Global happenings have indicated that reliance on monolithic exportable product is bad, oil is no more what it used to be and agriculture is not getting the desired support from the center as insecurity has affected the efforts of our farmers, what we have now that we have not really put its prospects to full test is our arts and tradition, I promise you that they are enough to bring our nation and State so much fortune, that is why I appreciate this Beere festival, there is room for improvement and I know the next one will witness more global visitors.”

The Chairman of the the Beere Festival Committee, High Chief Jimoh Olatunji appreciated God and all the dignitaries that graced the occasion, saying the success of the 2022 festival was hinged on the new face the Saki township was wearing, courtesy of Oyo State government.

He also called for more support for the government of Governor Makinde for the continuity of infrastructural development and called for special prayer for the consultant to the Community on Beere Festival, Mr Oyewale Oyetunde, an indigene of Aawe, in Afijio Local Government, for a job well done.

The Okere of Sakiland, Oba (Dr.) Khalid Oyeniyi Olabisi Ilugbemidepo Oyedepo 111, shortly before conferring the Chieftaincy title of Aare Atayese of Sakiland on the Executive Governor of Oyo State, Engr. Seyi Makinde and Yeye Aare Atayese on the governor’s wife, Engr. (Mrs) Tamunominini Makinde, said apart from late Chief Bola Ige, who was an executive governor of the State in the early 80s, no governor had put so much development in Saki town and Oke-Ogun area like Governor Seyi Makinde.

He said the people of Saki will repay the governor for his good deeds when the time is ripe for recompense.

“Apart from Bola Ige, no other Governor ya sever done so much for Saki like Governor Makinde, this is why the Okere-in-Council deemed it fit to honour him with the title of Aare Atayese of Sakiland, I am assuring you that soon, the whole Oke-Ogun Obas will soon Honour him with a title that will cut across the Oke-Ogun region.

“A good done deserves another, we are assuring the governor that when the time comes, our people will pay him back,” Oba Khalid said.

Highlights of the event include cultural parade by ethnic groups, political parties, corporate organizations, Rara chants, Igunnu masquerade performance, conferment of titles on the Governor and his wife as well as musical performance by Alhaji Ajeleye Ayinde Celica..