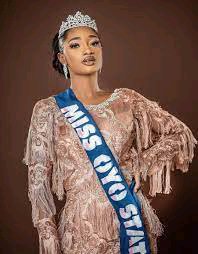 The pageant was organised by Nubian Diamond owned by ace journalist, Mr. Isaac Brown, at the Jorgor Centre, Ibadan.

The News Agency of Nigeria (NAN) reports that 19 contestants made it to the boot camp which lasted for over one week.

Among contestants were graduates, undergraduates and self-employed youths.

Oladejo after being crowned promised to use her reign for the betterment of the pace-setter state.

“I’ll do things that would always make people remember me even after my reign is over. My reign would be for only goods things,” she said.

NAN reports that Adedeji also gave each of the participants N100,000 each for their efforts and encouragement.