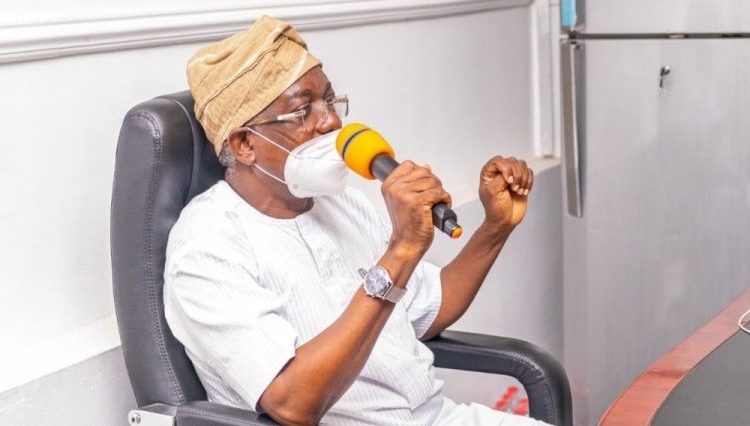 Olaniyan: They Were Paid To Remove Me— “…Panel Had Alhaji, JP Among Them”

The sacked Oyo State Deputy Governor, Rauf Olaniyan, has faulted the Chief Judge of the state, Justice Munta Abimbola, over the constitution of the seven-man panel which recommended his removal from office.

Olaniyan, in a statement on Monday by his lawyer, Afolabi Fashanu (SAN), alleged that the panel raised to investigate the allegations raised against him was paid to do what they did.

Describing that panel as a charade, he said it could not stand the test of time.

He said it was unfortunate that the panel members allowed themselves to be compromised and used to do a dirty job.

The statement read, “The investigation by the committee set up by the Honorable Chief Judge is a charade that cannot stand the test of time. In the first instance, the Honorable Chief Judge, with respect, breached his oath of office by ignoring the service of notice of appeal and application for injunction pending appeal when he proceeded to constitute the investigation committee.

This is against established law and practice. On the part of the panel, they were appointed and paid to do bodge job, which must be contrary to good conscience.

“They served the Deputy Governor on Friday around 10:45 am and asked him to appear at 11.am. We wrote to inform them that His Excellency needed time to prepare for his defence, in their desperation to do the job for which they were paid, they rejected the letter, sat on Saturday and completed their task the same day.

“Where is the fairness here? The members of the committee are supposed to be men above board. You have a Reverend father, a Jerusalem Pilgrim, and an Alhaji among them. This is a clear evidence that we are not yet ripe for democratic practice.”

The PUNCH reported that the Oyo State House Assembly removed Olaniyan on Monday morning following misconduct and a series of allegations levelled against him.