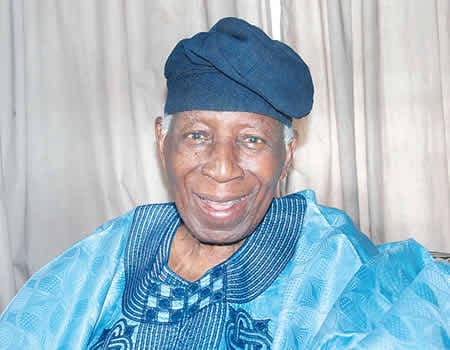 A drama which ensued on Sunday, August 27, 2017 is about to end March 11, 2022. The much fabled unique republican, cosmopolitan and egalitarian non-ruling house chieftaincy system of Ibadan was violently rocked. It has however survived almost intact. Despite a violent tempest, calm has returned. Tribute must be paid to the late Olubadan Adetunji and his Osi Olubadan, High Chief Rashidi Ladoja, a former governor of Oyo State. Their heroic, patient and l defence of the time-honoured customs of Ibadan will forever be remembered. These two men have surely written their names in gold in the history of Ibadan.

A caveat must immediately be entered here and now. We must all agree to speak no evil of the dead, whatever the temptation or provocation. This matter is somewhat above the ken of petty ephemeral politics. The extensive and virulent desecration of our stable system spearheaded by the late Abiola Ajimobi regime in his quest for modernization was very much misconceived. He unleashed a vast comedy of errors. It was a damp squib from the start. Our tragic hero Abiola probably meant no harm. It took the late Oba Adetunji  and a gallant ‘Wolu Ladoja to take up the gauntlet. At first, the Olubadan-elect was on all fours with the honest minority. He later reneged. Much later, he has finally adjusted his position. The minority stood their ground whilst the majority allowed themselves to be led up the garden path, if not the primrose path. The tempter used cars, cash and crowns to lure them. They fell for it but later renounced it all. Now all the crowns, coronets, voluminous tonnes of retd Justice Boade Commission Report, those of the technical team, White Papers, sheaves of gazettes on subsidiary and principal legislations, not to talk of the records of a whole gamut or cobwebs of litigation, are all consigned to the flames, at most the dungeons of government archives.

Something fundamental went wrong. We must all recall, reflect on and evaluate the events. Where did the previous administration go wrong? We leave out motives.

I suggest in this bold exegesis to name some of the various sources of Ajimobi’s errors. First, there is a temptation to think modernization is relevant to traditional matters. And there is also the Ibadan quip which he must have taken to heart to the effect that “Oloye Ibadan, bi Oba ibomi.” Transliterated roughly, this equates any chief in Ibadan to an Oba elsewhere. The Ibadan system had been shaken several times before, e.g. Adegoke Adelabu, Lamidi Adedibu, the Seriki line and eventually the Ajimobi protracted exercise.

We must give credit to whom it is due. On the 20th of June, 1957, the incomparable Awolowo government enacted ‘The Chiefs Law’ Cap 19 of the Laws of the Western Region of Nigeria. Under the able hands of his Minister of Justice, Rotimi Williams and a colourful bevy of first class civil servants, they produced a short, terse showpiece of adept legal draughtmanship. The essence of that law manifests today all over the latter component parts of the old Western Region. From the word ‘go’, Ibadan was specially catered for in the dichotomy of non-ruling house and ruling house chieftaincies.

A brief incursion into the history of the title of Olubadan or its various equivalents like Aare, Bashorun, Bale, etc, shows that one watershed was the reign of Abass Aleshinloye (Elelubo) – 1930 – 1946 which split into two. The first, 1930 – 1936, he was as Bale under Oyo! From 1936 to 1946, he was Olubadan proper! Ibadan got independence from Oyo. However, Ibadan did not get a beaded crown from 1946 to 1976. Major-General D. M. Jemibewon broke the jinx. Ibadan got a beaded crown from David, one and only one, none before, not one more after until today, despite Ajimobi’s needless effort. Yet another temptation for both Boade and Ajimobi might have come from the documentary evidence confronting the Judicial Commission of Enquiry. The mirage is in Annexure VI of Volume 1, August 2017 of Boade’s Report. The topic was ‘List of Beaded Crown Obas in Oyo State.’ The judge, his team, the Governor and his own team were all deceived by a mirage or optical illusion in presupposing there should inherently be a correlation between the number of local governments and the number of beaded crown Obas in the local government. The fox hole of deception extracted from Boade is displayed here. It was swallowed hook, line and sinker cum bait by Boade and the government.

Numbers are sometimes very tricky to handle. First, Ibadan has only 11 out of a total of 33 local governments, in spite of perhaps over 50.2 per cent of the entire population of the state being resident in Ibadan. Look quickly at the rise of Oke-Ogun top civil servants. Then, Ibadan was the capital of Western Region, Western Nigeria, Western State, Old Oyo and New Oyo State, the admixture of civilian and military administrators supply hints. Brevity is the soul of wit. This is why the late Chief Richard Akinjide said that because of the mandatory spread condition in the Electoral Laws, a gubernatorial candidate can win the popular vote in Ibadan alone whilst the beginning of wisdom lies in cultivating Oke Ogun favour for very many good reasons! Wise politicians know this. Once upon a time, there was no beaded crown in Ibadan. Jemibewon created one and now, there shall not be more than that. The late Oba Adetunji and High Chief Ladoja acted wisely and valiantly, all to the continuous glory of Ibadan. This is a classic case of a minority rightfully overcoming a majority.

Historians of Ibadan, the pantheon of Mabogunje, Lloyd, Bolanle Awe, Wale Oyemakinde, Toyin Falola; chroniclers I. B. Akinyele, Kemi Morgan deserve our praise for their cumulative effort. We know too well that generally Ibadan has a dual personality in at least two ways. Almost every family has a compound in the city and another in a homestead called ‘Less City.’

The Olubadan-elect actually has an illustrious predecessor. His grandfather was Olubadan Memudu Alli-Iwo who reigned in 1952. That 1952 was my school certificate year in Government College, Ibadan. Ibadan had three Olubadan that year, Fijabi II, Alli-Iwo and Apete. Their homestead is Lagun in Lagelu Local Government Area. Dr Balogun would confirm the smart decision I made concerning the Bale of Lagun whom Boade recommended for a crown or coronet. At the same time, illogically, he denied same treatment for Eddy Oyewole of Foko fame on the confused ground of being in the city as if Lekan Balogun were not!

But we must not heap all blame on the commission. Even when they once or twice advised caution, their words were rejected. A crucial example must just be displayed in this exegesis.

MIRABILE DICTU! Boade J. must be freed on this count! Government rejects the recommendation. The Commission smelt the potential confusion. Alas, their words were not heeded. This shows how some of the consequent mess might have been abated if not totally avoided.

This exegesis must not overlook a great faux pass, a major error in that the requirements of Cap 28 Section 28 were not even complied with in the award of the said Beaded Crowns. The umbilical cord joining Cap 28 with Cap 37 was omitted. This nullifies all the crowns and a fortiori, the coronets! The Alaafin of Oyo would have been involved in the ‘Beaded Crown’ matter as the law stands!

There are a few other snags about all these matters. The Seriki line is still on the face of the statute book. A powerful petition was sent to Governor Ajimobi on 1st December 2011, published on page 48 of the Nigerian Tribune of Tuesday, 13 December, 2011. This was on the non-implementation of a decision eventually endorsed by the Supreme Court of Nigeria. This matter is still left hanging till today. Legally minded people may wish to advert their minds to Aare Afe Babalola exquisite book on ‘Enforcement of Judgements’ to have a taste of what is involved. Seriki is one of the kingmakers for the Olubadan of Ibadan Chieftaincy under the 1957 Declaration which is in force and use TODAY!

All said and told, the Olubadan Declaration may need retouching during Oba Lekan Balogun’s reign. It is the norm in the Ministry in charge of Chieftaincy Matters not to amend Declarations during an interregnum if at all it can be avoided. History is replete with people and governments taking decisions contrary to their best interest. Barbara Tuchman is the American historian with her ‘March of Folly’ 1992 book more or less established this.

I must now focus on the greatest beneficiary of the whole turn of events, the Olubadan-elect, High Chief (Dr) Lekan Balogun. Despite his initial hesitant or false steps wherein he faltered in his attitude to the late Olubadan and Ladoja. Today, thanks to the critical and timely intervention of Governor Makinde, he has been properly NOMINATED, APPOINTED and gotten government APPROVAL. The lawyers and the judiciary must receive our kudos. Particularly is the exemplary leadership given by the Chief Judge of Oyo State, Justice Munta Abimbola, a prince of Saki in his own rights. He brought inimitable finesse, erudition and bold fresh jurisprudence to matters of both ‘the law’ and ‘law’ generally. His decisions in matters of procedure, evidence, fair hearing, joinder and third party conundrum were swiftly and deftly disposed of in his court No 1. He is wont to brook no nonsense, undue pressure or intimidation. This writer is personally proud of him, even as a distant but informed observer. Justice Abimbola inspires me in many ways. He put a final lid to a cauldron of toil, trouble and cobweb of litigations. His breath-taking timely work reminds me of a lot of fine judges Nigeria has been blessed with apart from Cardozo of United States and Lord Denning the mathematical jurist extraordinary of the twentieth century Britain. I remember our own JIC Taylor, poetic Aniagolu, Oputa (Socrates!), Chike Idigbe, Kayode Eso, Michael Ogundare, Kutigi, Ogunkeye, Ariwoola, Ayorinde, Ayoolas, Mary Odili, Fati Abubakar, Aare Afe Babalola, Nabo Graham Douglas, Alexander, etc, etc. Chief Judge Munta Abimbola would forever deserve our respect and gratitude for the way he handled this travesty of administrative confusion.

Governor Seyi Makinde and his legal and political advisers equally deserve our thanks for their wisdom and prompt intervention. They courageously untied the proverbial Gordian Knot when it was necessary and unavoidable.

The Olubadan-elect is the luckiest man in all this convoluted drama. He must receive our unanimous support for many reasons. Unknown to many, his journey to his final terminus has been hazardous from take-off to landing. At take-off, he experienced a bitter intra-family feud with a rival Mogaji, his kinsman, Alhaji Sarumoh in 1987. Okin-Oloja, a Yoruba tabloid sold at N1 spelt it all out in one of its 1987 monthly editions. It took the undisputed brilliance of the humorous Olubadan Asanike of Idi-Aro fame to decide in Dr Lekan Balogun’s favour. The feud went to court. It was tense and rough.  In mid-flight, High Chief Balogun dithered whether to go along with the late Oba Adetunji and Ladoja or take the poisoned chalice Ajimobi offered. He has now been given a soft landing by Ladoja, Makinde and Justice Abimbola after yet another storm! ‘All’s Well that Ends Well.’ I congratulate Oba (Senator) Dr Lekan Balogun on his eventual safe landing. He is a grandson of a previous Olubadan. On March 11, 2022, ceteris paribus, he will be formally installed the 43rd Olubadan of Ibadan, the grandson of the 30th Olubadan of Ibadan, Memudu Alli-Iwo, who reigned briefly from 21 March 1952 to 27 June 1952, three months and six days! May Oba Lekan reign longer by God’s grace.

Former Commissioner for Local Government and Chieftaincy Affairs, 1970 (52 years back)