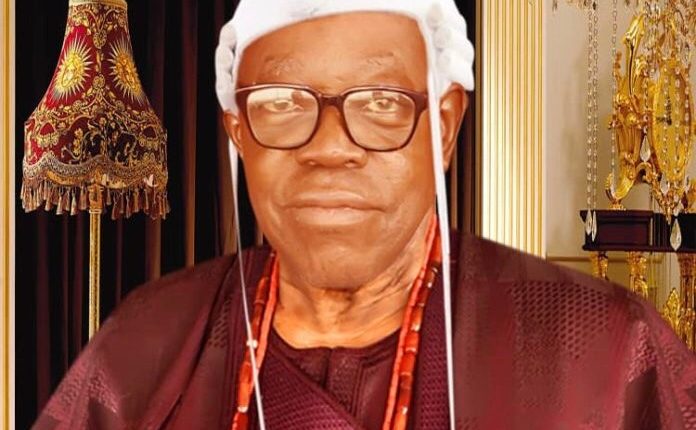 The new Olubadan of Ibadan land, Oba (Dr) Lekan Balogun, Alli Okunmade ll, has said he would be holding periodic meetings with all Ibadan Chieftaincy title holders from across the country.

Oba Balogun made this disclosure at his Alarere residence while playing host to the Aare Akinrogun of Ibadan land and the Nigerian Ambassador to Benin Republic, Lt. Gen. Yusuf Buratai (Retd), who accompanied by his friends was on congratulatory visit to the monarch, on Saturday.

Speaking through his brother, Sen. Kola Balogun, Olubadan who noted that the periodic meetings could either be once or twice in a year, said the essence of the meeting will be to wine and dine together and ensure that the relationship between Ibadan and her chiefs is kept alive and active.

Olubadan described his visitor, who was the Chief of Army Staff when he became the Aare Akinrogun of Ibadan land, as a dedicated and loyal Army General, adding that his appointment as an Ibadan Chief was not a mistake and prayed that his shadow would not grow less.

Earlier in his speech, Buratai described the new Olubadan as a person whose name and personality preceded his enthronement l, owing to his philanthropic gestures, detribalised posture, politics and activism

The former COAS said the enthronement of Oba Balogun as the new Olubadan “is a well deserved one for he has always been a man of honour with good poise and carriage that befits royalty. It is a divine call for you, Kabiyesi and you will always be divinely guided as you direct the affairs of Ibadan people, among whom I’m one as one of your Chiefs.”

Congratulating the Ibadans for having Oba Balogun as their monarch, the retired Army General said all the attributes mentioned earlier would come into play during the reign of the new king.

Buratai, who was accompanied by Brig. Gen. S.K. Usman(Retd); Lt.Gen. Lamidi Adeosun among others promised to remain a loyal Chief to the monarch and Ibadan land by answering to his duties as the Aare Akinrogun of the ancient city anytime the need arises.

42nd Olubadan installation: Of Makinde, Posterity And The Foreseeable Future By Moses Alao