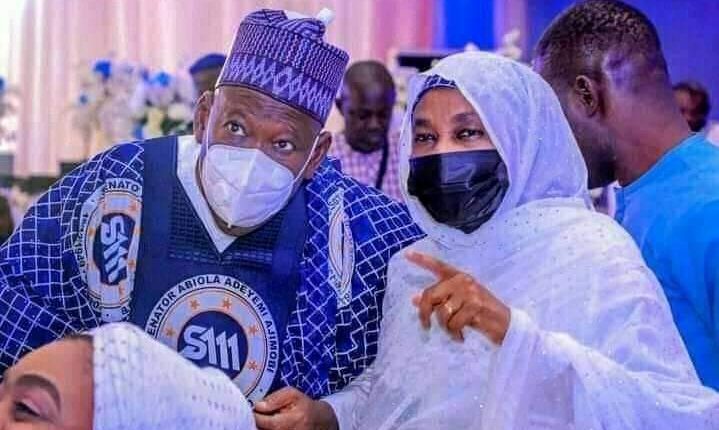 The event is scheduled to hold on Saturday, at the ancient Mapo Hall, Ibadan, the Oyo State capital city.

The Olubadan Palace in a statement by the Monarch’s Media Aide, Oladele Ogunsola, the conferment was sequel to the recommendation made by the Oba Yoruba Kano, Alhaji Murtala Alimi Otisese (Adetimirin-1) for the Kano state helmsman and his wife to appreciate them for making Kano city and the entire state a home for both natives and non-natives.

According to the recommendation, the conferment of the titles on the Kano state first couple “will be a reward for a man who has been very compassionate to us as a people and who believes that any Nigerian can stay and work in any part of the country without molestation or denial of basic things of life”.

“The conferment will not only further cement the bond of friendship that has long existed between the Ibadan and Kano people, it will also go a long way in maintaining handshake across the Niger as well as engender the much sought after unity which has turned fragile over the years”, Oba Yoruba Kano added.

Noting that a great percentage of a huge number of sons and daughters of Oduduwa that resides in the ancient city of Kano are Olubadan children and loyal subjects, Alhaji Otisese said the conferment would enhance the safety and create peaceful haven for them in the state which he believe would be a source of joy for the beloved and highly respected Olubadan.

In the acceptance letter by the Kano state governor through his Chief of Staff, Usman Bala Muhammad, the conferment of the Chieftaincy titles on the Gandujes was said to have overwhelmed the government and people of Kano state, describing it “as quite timely and will eventually go a long way in strengthening the already existing cordial relationship between the people of Oyo state and the people of Kano State”.

Gridlock In Ibadan As Queues Resurface Due to Fuel Scarcity