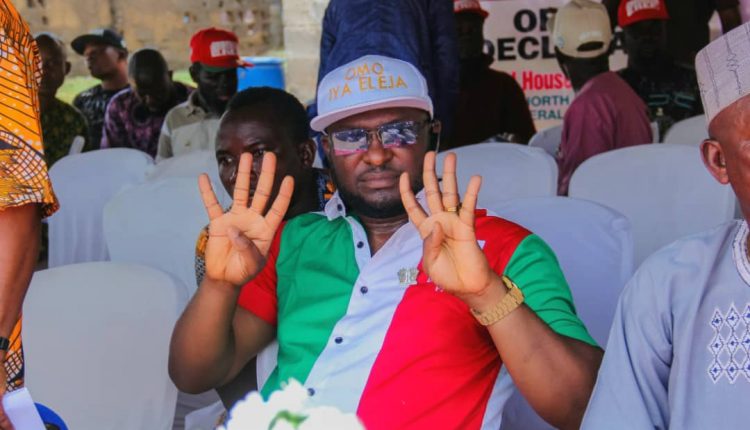 Omo Iya Eleja, One of the leading aspirant of Ibadan Northeast, Southeast federal constituency seat, unfolded his agenda at a news in briefing in Ibadan after his declaration.

While declaring his ambition, Omo Iya Eleja promised that his coming into politics and interest to run for house of representatives is majorly to serve the people and change the narratives of the average people of his constituency as far as deliverables in governance is concern.

He said, “ after a wide consultation with party Leaders, Members, I Ibrahim Olanrewaju Ajiboye Omo Iya Eleja will be running for Ibadan Northeast, Southeast federal constituency under the platform of our great party, the People’s Democratic Party.”

“I’m not aspiring because of the name or just to be a honourable member, I want to serve my people, I grew up in this environment and i know where the shoes are hurting my people, I understand their language, I have been helping them before now, just want an opened space where I will have the opportunity to do more.

Speaking on why he should be considered with the party ticket, Omo Iya Eleja said he remains the most credible and qualified among those aspiring to take over from the Incumbent, Hon. Abass Agboworin.

” Like I said earlier, I was born and raised within the federal constituency and I have been on ground associating myself with my people for many years, I don’t just come to dole out money for election sake, am sure my antecedent and credibility will speak for me.

Sahara Reporters vs Oyo Govt: I Will Resign as Oyo Governor if Contract was Inflated — Makinde