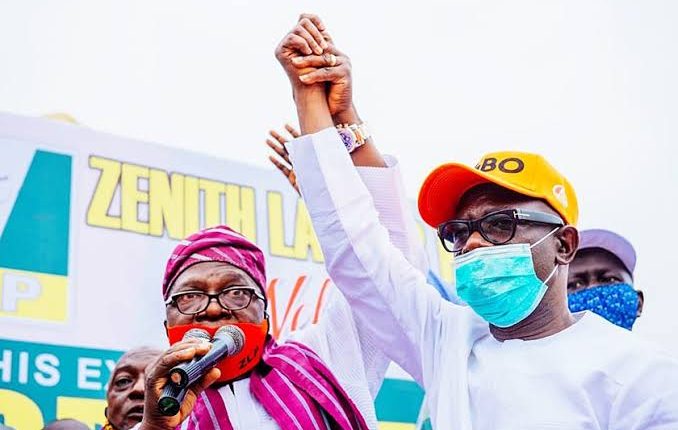 Against the speculations flying around on the social media that the Candidate of the Zenith Labour Party (ZLP) has withdrawn from the race to Support the People Democratic Party’s Candidate, Eyitayo Jegede(SAN), the Director of Media and Publicity, Ajayi Campaign Organization, Chief Eni Akinsola, has clarified that its governorship candidate, Deputy Governor Agboola Ajayi, has not withdrawn from the race.

The Director of Media and Publicity, Ajayi Campaign Organisation, said on phone that the withdrawal was a figment of hyperactive imagination. He said those peddling rumours and falsehood are agents of potential losers of the poll.

The party said the purported statement on the social media is fake.

Akinsola stressed “They are weak and afraid. Ajayi has not withdrawn. Ajayi will not withdraw. He is in the race to win.”