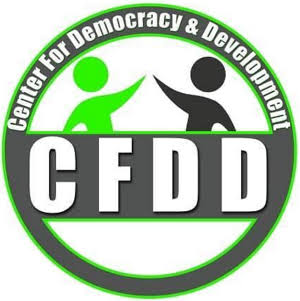 The Director, Center for Democracy and Development (CDD) has berated the decision of the Independence National Electoral Commission (INEC) to engage the members of National Union of Road Transport Workers (NURTW) to transmit electoral materials for Ondo Gubernatorial Election.

Part of the statements read“The partisan posture of these unions could pose challenges, which may create credibility and logistics problems for the entire process,” she said.

“Incidentally, the NURTW is the body INEC relies on for the transportation of electoral materials. This may create a problem for INEC in the area of getting materials to all voting areas in the state.

“CDD calls on INEC to prepare backup plans just in case there is a system failure in its logistics deployment as a result of the partisan disposition of the transport union.”

She further noted that there has been absence or reduced level of attacks on the electoral umpire, compared to previous elections.

“Compared to governorship elections in other states, INEC has been largely spared of denunciations and attacks, which are clearly aimed at undermining the idea of the commission’s impartiality,” the CDD director said.

“Politicians normally resort to the strategy of denouncing INEC so that if they lose the election, they can quickly blame INEC’s alleged compromise as the reason for their loss.

“INEC cannot afford to fritter away this level of goodwill. It has to ensure the confidence reposed in it is properly reciprocated. This, it can do by ensuring materials arrive at the polling units on time.

“INEC should therefore consider the nature of the terrain in some parts of the state, especially the riverine and mountainous nature of some local government areas.”