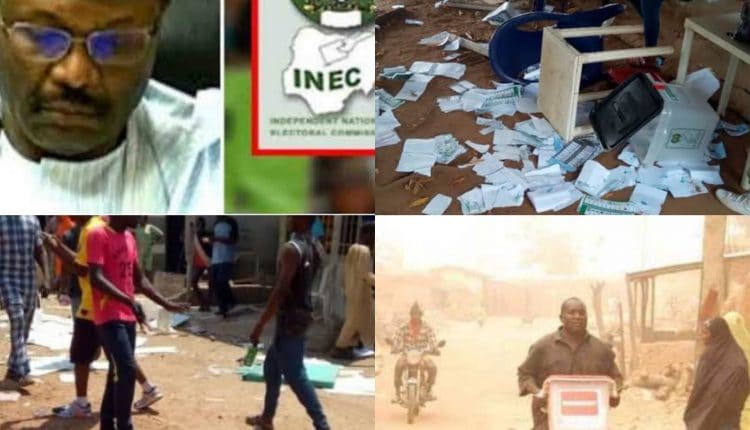 Ondo Election: The “Tatatatatata” Politics and the Fear of “Inconclusive” Election—St Williams F.

The seeming desperation for power, bolstered by the psychotic obsession and compulsive ambitions of the major contenders in the race to Alagbaka Government House have been the major reasons for recent condemnable violence and savoury atmosphere that is ripping off the State from the pedestal of Peace it has been plying over the years.

Obviously, this prevailing pre-election violence in some areas in the State are nothing short of threat to democracy. A calculated attempt to cause voter’s apathy in areas that appears to be the strength of the opponents.

Regrettably, instead of reining in their paid Supporters who carry out those nefarious anti-People activities, the major political parties appear to be busy trading blames on each other.

After disruption of campaigns in Akoko, Owo and Ipele which led many sympathisers to be hospitalised, guns shoot petered out in Akure at the weekend as supporters of the major parties clashed away.

Such sporadic shooting left many Supporters injured.
Laughably, the State government, under the ruling All Progressive Congress is crying like a wolf.

A furnished proof that they are no longer in charge of the state. All that the Governor could do at this fire time is to blame other Candidates for orchestrating such savoury atmosphere in a state under his watch.

On the other side too, the other contenders too tried to demonized the incubent Governor and playing the ignoble role of victims only to attract public sympathy.

Unlike Edo, there are many reasons to believe that Ondo election can’t be relatively peaceful. For obvious reason, the All Progressive Congress, both at the State and Federal level can’t afford to lose two consecutive elections in two different States within a month when 2023 election is in the offing.

The Political wound caused by Edo Election is still fresh. So, they may not want to make such a costly mistake. Not even when it involves one of the “errand’ boys. Without any scintilla of doubt, the candidacy of Mr. Eze-Iyamu didn’t fully captured the interest of the “Abuja’s Father and his Boys”. So, he couldn’t win the election because he was not “abujanised anointed”. He was obviously left to chance.

Except for Oshiomole who stood gallantly behind him because he needed to show his supposed godson he masterminded his detouring into politics. More reason why Mr. Eze-Iyamu who couldn’t receive the “Abuja’s anointing. If he had, Abuja’s forces would gathered in Edo to enthrone him.

But in Ondo, the incubent governor enjoys the warm romance of the father from the top. One of many reasons for possible savoury atmosphere during the poll.

The Fear of “Inconclusive”

Based on the foregoing, it is not nonplussing to enunciate that, for many reasons, the federal government’s splenetic interest in the incumbent governor as one of the “Abuja boys’, may warrant them to pile pressure on the Independence National Electoral Commission to declare the election ‘inconclusive’, if the purported electoral rigmarole failed.

From all indications, it appears that the love of the incumbent governor has been misplaced in the Peoples’ heart. Particularly, the common masses who now are desperately in search of a Savior.

Apparently, Edo Election stands as the blueprint for subsequent elections in the Country, but there are reasons to believe that this present administration, like others in the past, cannot Sustain such legacy.

Especially in this forthcoming election in Ondo State. This is because it directly concerns one of the President’s cronies. The trajectory was clear. History has it boldly enshrined. Osun and Kano people are yet to get over the electoral gimmicks Masterminded against the will of the people.

It is worth restating that the ruptured spleen of federal Might, oiled by ego driven bitterness caused by the unfavorable result of Edo Election may likely the ruling party to opting in for an inconclusive election rather than losing two consecutive elections.

As their custom is, the election will be declare Inconclusive if everything turned out to be against the ruling party. But till then, let’s see and watch how this government would further spin it that they are committed to the cause of advancing the electoral system of our dear country, which they claim was the reason for the outcome of Edo Election.