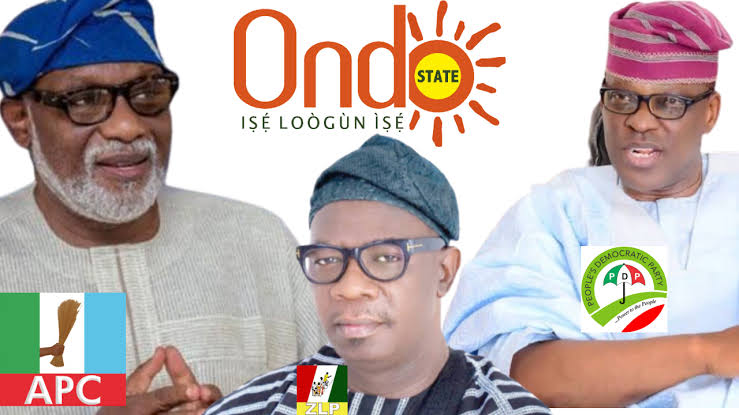 An unidentified man was stabbed and a five-year-old child knocked down by a patrol vehicle as Ondo people went to the polls on Saturday.

The two incidents were recorded at Akure, the state capital while voting was ongoing and both victims were recuperating at the police clinic.

Initial reports indicated that one Gboyega was shot by gunmen who opened sporadic fires at the Ijomu/Obanla area of the state but when our Correspondent visited unit four, ward four, voters said they were not aware of such incident.

It was gathered that gunmen, who wanted to scare voters, opened fire around Ijomu/Obanla junction, about 200 metres from the nearest polling unit scaring off bystanders.

Operatives of the Federal Road Safety CORPS (FRSC), who were nearby Ijomu Junction also ran for cover while empty shells of dispensed ammunition littered the tarred road where the incident occurred.

An eye witness, who gave his name as Tope, claimed the thugs are members of one of major political parties.

“They came here in their vehicle with guns, and started shooting as soon as they came out. One of them went straight to the boy [Gboyega], and shot him at close range.

“The hoodlums are here with us, we know them and the people who sent them. One of them was among those who shot people down the street last week. The boy was rushed to a hospital on motorcycle.

“The disturbing side of it is that the security men came, saw them with their guns, and yet allowed them to go. In fact, they escorted them out,” Tayo said.

A beverage seller said two suspects were arrested by the police, adding the two men were picked up for videoing the incident.

“Two men who snapped the injured man were arrested by the police. It happened before the rain started and security came quickly.

“What I heard was that they went straight for the man, tied him and stabbed him to the ground. I did not see it happen,” she said.

Confirming the incident, Police Commissioner, Bolaji Salami told The Nation there was no sign of gunshot injury on the victim, adding he has told the police he knew those who stabbed him.

“We were told that some gunmen opened fire in the area but we didn’t see them when we got there.

“I cannot tell you at the moment how many people have been arrested. We have been making arrests across the state and mopping up. The details will be released after we must have compiled and screened those in custody.”

#EndSARS: I Will Pursue Investigation To Logical Conclusion – Makinde Vows as Police Shot A Protester to Death in Ogbomoso.