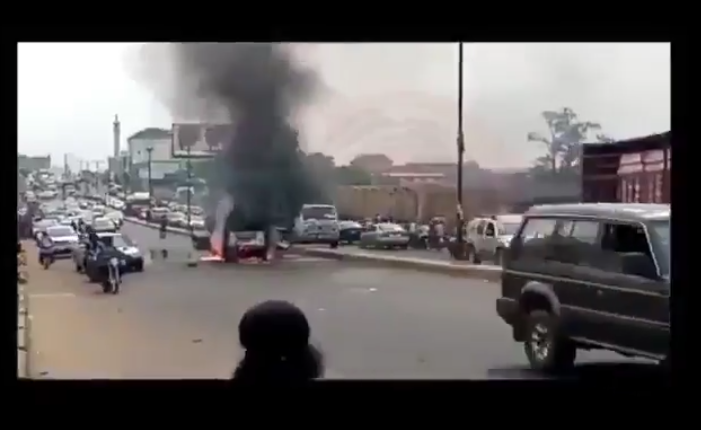 One Dead, Mob Sets Vehincle Ablaze as Motorcycle and Bus Collided in Ibadan(Video)

A bus driver was on Wednesday’s morning collided a commercial motorcyclist at Idi-Ape – Iwo Road area in Ibadan, the Oyo State capital.

Some youths in the area eventually set the bus which contains palm oil ablaze, while its driver took to his heel.

Confirming the incident, the Oyo State Sector Commander of Federal Road Safely Corps (FRSC) Mrs. Uche Winifred Chukwurah, said the incident was a fatal one as one person died.

We Have Reconciled Aggrieved members in Oyo, eight other States—APC