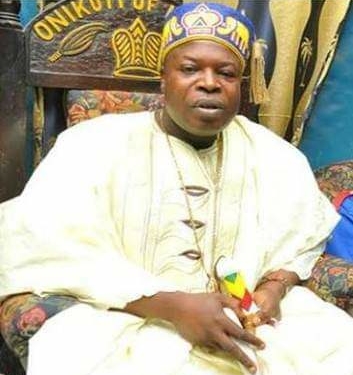 Following some media reports allegedly claiming that four ruling houses are entitled to the stool of Onikoyi of Ikoyi-Ile, in Oriire Local Government Area of Oyo State, the Oladipupo royal family has debunked the reports, saying there is no ruling house in Ikoyi-Ile that is known as Ashamu-Ladipo.

A statement by the family urged the general public to disregard reports, describing them as “fake news credited to a faceless palace source.”

The family noted that the late Onikoyi of Ikoyi-Ile, Oba Abdulyekeen Ayinla Oladipupo, was not from the said “non-existing ruling house” called Ashamu-Ladipo, but from the ruling house known as Oladipupo.

They maintained that no law or document backed the assertion that the next king is expected to come from Ojo Atoyebi ruling house.

According to the family, there is nothing like four ruling houses in the present Ikoyi-Ile, adding that the only ruling house that is solely entitled to the stool of Onikoyi of Ikoyi-Ile is Oladipupo ruling house.

“Our attention has been drawn to the speculative history and news published in one of the national dailies dated 25th day of April, we want to state categorically that the content of the news was irredeemably fake, false, fallacious that must be discarded by everyone that comes across it.

“We also like to correct the impression accredited to a faceless palace source by the author that there is no document or approved government declaration that stated that there shall be four ruling houses to the stool of Onikoyi of Ikoyi-Ile namely Adegun; Adesite; Ashamu-Ladipo and Ojo Atoyebi as stated by the author (Mr. Ademola Adegbite).

“Also, the assertion of the author that the next king is expected to come from Ojo Atoyebi ruling house is contrary to the custom and traditions of Ikoyi-Ile presently.

“We are using this medium to challenge the so called palace source and the author to provide any evidence or document(s) that has/have the approval of the Oyo State Government stipulating the numbers of ruling house(s) in Ikoyi-Ile and the manner of rotation,” the statement read in part.