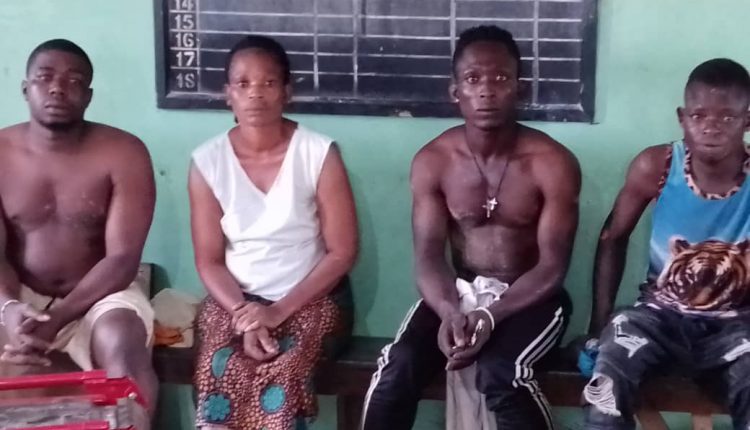 The suspected criminals who were a woman and three other boys were arrested by men Operation Burst, sequel to intelligence report that necessitated their apprehension.

Operation Burst had after the arrest of the alleged criminals at Olode Area of Amuloko, OnaAra LGA of the state handed over them to men of Nigeria Police Force(NPF) at Akanran Police Station.

Naijatodaynews.com gathered that men of Operation Burst had previously tried times without number to get the suspected criminals arrested but their concerted efforts proved abortive, until yesterday while they and other security agents disguised and dressed in mufty before they were arrested.

It was learnt that the woman in their midst was their metaphysical leader who provided the needed charms and directives through which their nefarious activities and operations were being carried out.

Also gathered that the suspected criminals have been terrorizing the area for a while and which their alleged dastardly acts and nefarious activities make the residents to have sleepless nights and live in fear.