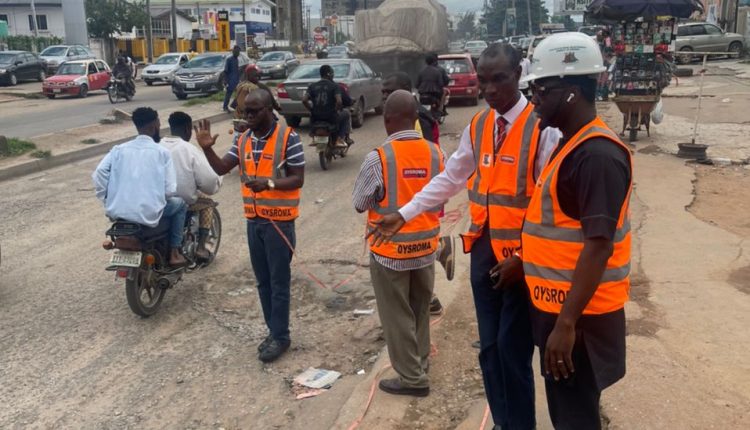 The newly appointed Chairman of Oyo State Road Maintenance Agency (OYSROMA), Honourable Busoye Ogunlade Soladoye on Thursday embarked on an extensive inspection of roads in Ibadan metropolis and its environs.

Ogunlade who resumed officially at the agency’s administrative headquarters at Eleyele, Ibadan on Monday set out on the inspection tour on Thursday alongside the board members and management of the agency.

While speaking with newsmen after the inspection tour, Hon Ogunlade commended Governor Seyi Makinde for embarking on legacy projects such massive road construction and rehabilitation which he said has placed Oyo State on the global map adding that when roads are constructed and become motorable, investors would be willing to invest into the state’s economy thereby creating job opportunities for the teeming youths in the state.

Speaking further, the Chairman noted that the agency under his supervision will adhere strictly to the government’s policy of ‘Operation Zero Tolerance for Potholes’ across the state. He assured motorists and commuters that rehabilitation of major state roads would commence in due course.

Other roads that were inspected are: Mokola – Dugbe road and Oremeji-Babanla-Ogbere Oriyangi-Gbaremu Idi Obi road.

The team also set out to Oyo town for the measurement and evaluation for the construction of Asphaltic speed breakers along Gedu -Oroki-Sabo road in Oyo township.