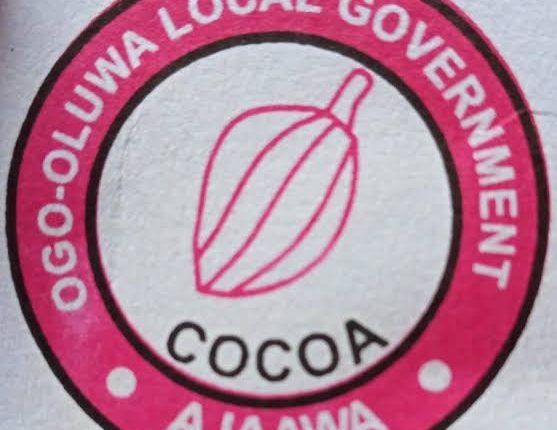 Our Chairman Forced Us To Swear With Cobra Head — Ogo-Oluwa Councillors • What For? Am I Contesting Again? — Seun Ojo Reacts

Crisis is brewing in Ogo-Oluwa local government as the councillors are alleging the council boss, Ojo Oluwaseun of forcing them to swear with cobra head.

But the chairman, in a chat with OYOINSIGHT.COM, denied the allegation, saying it was a pure lie, aimed at maligning his image.

This was just as the council lawmakers alleged the chairman of hiding the mace and sidelining in the administration of the LG.

The chairman is also said to be at loggerhead with several party executive members.

A source in the council accused the chairman of arrogating too much power to himself to the extent of carrying out projects and activities without the knowledge and approval of the councillors in the council area.

It was alleged that since their election, the councillors have never set their eyes on the mace in the council and it has been difficult for them to sit as legislative arm of the local government.

Apart from Ojo, they also pointed accusing fingers at the head of local government administration and the director of administration for the missing mace.

They alleged the trio of deliberately hiding the mace to prevent the councillors from sitting.

They alleged the chairman of telling them that they can only have their sitting when he approves of it or directs them to do so.

“The most disturbing issue which is capable of further aggravating the crisis,” the source further said, “is that the chairman has sidelined the councillors who are part of the Finance, General, Purpose, Committee (FGPC) in the council.

“This committee is supposed to discuss and approve projects to be executed in the council but nothing is said to be happening at the level of the committee. It was rumored that the budget presently being implemented by the chairman was not approved nor legislated upon by the legislative arm of the Council which is an impeachable offence in the face of law.

“Because of this development, many councillors have voiced out their dissatisfaction and anger on the undemocratic and high-handedness nature of the chairman and have vowed to make the council ungovernable for the chairman.

“Sensing the impending crisis and showdown, Ojo was said to have allegedly summoned the councillors and the ward chairmen, compelling them to take oath of allegiance and swear with cobra head, nail, guns and other items.

“Out of fear and intimidation, some councillors and ward chairmen who are loyal to the chairman reportedly swore and took the oath penultimate week while others declined totally.

“With this, it seems the battle line is drawn between the team loyal to the chairman and those who are not ready to succumb.

“They equally accused him of shortchanging them especially in sharing some benefits .

In a telephone chat, Ojo said that “Why would I ask them to swear? I have contested, won and sworn in. I am not contesting election now. Then what would make me force them to swear. It is a pure, aimed at denting my image. You can find time to see me so that you can see things for yourself,” he told this reporter.

RAMADAN: Sultan Tells Muslims To Look Out For Moon On Tomorrow