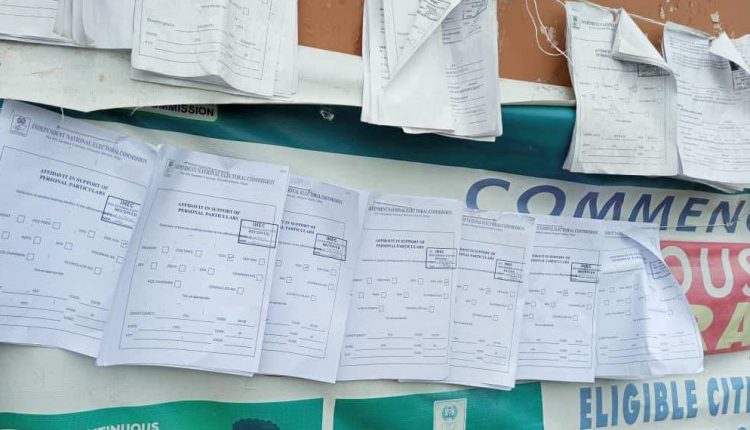 The former deputy governor of Central Bank of Nigeria and 2019 Oyo State gubernatorial candidate for the All Progressives Congress, Adebayo Adelabu name is missing on the list of Oyo State governorship candidate publisher by INEC on 24 July 2022.

Adebayo Adelabu had decamped with his followers to Accord Party to secure governorship ticket.

Adelabu after he decamped said he intended to contest the 2023 governorship election on the platform of his new party after he lost the All Progressives Congress ticket to Senator Teslim Folarin.

Adelabu, who contested and lost the 2019 governorship election to Governor Seyi Makinde of Peoples Democratic Party, explained that he left the APC because of injustice, lies, conspiracy and malice.

He said, “It is needless to restate in detail, reason for relinquishing my APC membership on the point that such reason is public knowledge.

“The man dies in him who keeps silent in the face of blatant injustice and the life of a lie is a matter of little time. Evil people struggle in vain in their conspiracy against their innocent fellowman because malice is a poor match for destiny.”

Sunday PUNCH noted that, No fewer than 15 persons will contest the Oyo State Governorship seat in the 2023 general elections.

Learnt that 18 political parties were enlisted to participate in the election.

The Independent National Electoral Commission in Oyo State had on Friday displayed the list of the governorship, deputy governorship and House of Assembly candidates at its headquarters in Ibadan.

The list of the governorship candidates published included state Governor, Seyi Makinde, who is running for second term in office on the platform of the Peoples Democratic Party; Folarin Teslim of the All Progressive Congress, Popoola Joshua of the New Nigeria Peoples Party, Ajekigbe Olaniyi of Action Alliance, Agbomeji Olamide of Young Progressive Party and Agboyega Raymond of National Rescue Movement.

In a statement signed by its Administrative Secretary, Biodun Amosu, the commission stated that the new list, which contained the personal particulars of the candidates, was published on the premises of the commission for public scrutiny.

Amosu, however, appealed to the public to seize the opportunity to scrutinise the particulars of candidates, stressing that they could also seek judicial remedy for any observed violation of the law as provided in Section 29 of the Electoral Act 2022.

BREAKING: Oyo Lost Another Monarch Aseyin Of Iseyin At 62