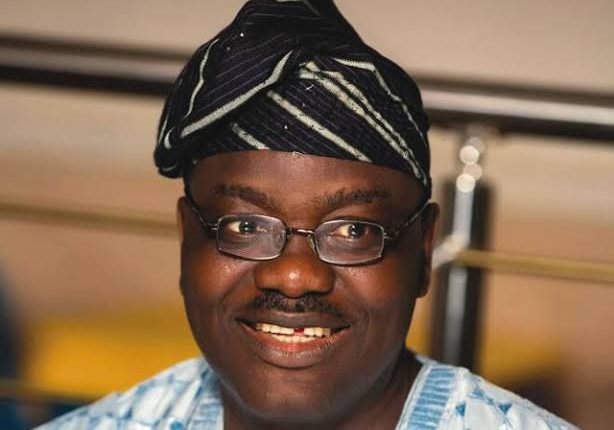 Goalpoachernews report that Akande who is the Chairman of Nigeria Communication Commission (NCC) and a close ally of the party’s presidential aspirant, Senator Ibikunle Amosun stayed away from the screening as a result of his unwillingness to resign his appointment as the chair of NCC.

A source who spoke on the condition of anonymity further revealed that Akande who procured the N50 million gubernatorial form is also believed to be preoccupied with the presidential ambition of a former Governor of Ogun state and a senator representing Ogun Central Senatorial District, Ibikunle Amosun.

He described Akande as a political strategist who doesn’t fight a war when it is not matured, adding that the current situation in Oyo APC can only be ameliorated if Akande emerged as the governorship candidate of the party.

However, the source concluded that Adeolu Akande has not contemplated leaving the party, adding that those who attended the screening include; Teslim Folarin, Bayo Adelabu, Akeem Agbaje, Chief Niyi Akintola, Hakeem Alao, Azeez Adeduntan.

As at press time, efforts to speak with Akande’s media aide, Ademola Solalu proved abortive as his cell number was not reachable.

Consequently, with this development, Akande has dropped his gubernatorial ambition.

Seyi Makinde Is Not Governor Of Oyo PDP But All Indigenes Of Oyo State, We Mustn’t Be Blinded To Good Things—Shina Peller