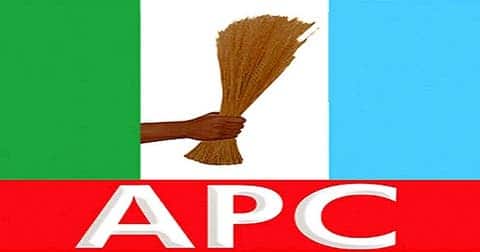 The Executive members and members of APC in Ibadan South East, Oyo State have suspended the outgoing state scribe of the party, Alhaji Mojeed Olaoya of Ward 2, Ibadan Southeast on allegation of gross misconduct, prolonged absenteeism, anti-party activities and failure to meet up financial obligations.

Dear Sir,
NOTIFICATION OF SUSPENSION FROM APC WARD 2, IBADAN SOUTH EAST LOCAL GOVERNMENT, OYO STATE ON THE GROUND OF GROSS MISCONDUCT, PROLONGED ABSENTEEISM, ANTI-PARTY ACTIVITIES AND FOR NOT BEING FINANCIAL MEMBERS OF THE PARTY

The above subject matter refers:
After the conclusion of Ward 2 Emergency Meeting held at Ajimobi compound, Oja’ba, Ibadan on 9th November, 2021, we have the authority of the entire Executive and Members of our great Ward to officially communicate your suspension from the Ward and by extension, from the Party, to you.

It has been observed that since the inception of the current Executives, you have failed to perform your obligations and you did not for once pay your dues in the Ward. You are by implication not a financial member of the party.

Second, you have, in recent time, do the garb capable of causing disrepute to our Ward and the party by extension. You have dragged our esteemed Ward in the mud by your anti party activities.

These acts of yours have caused our Ward a great loss of face among other Wards and they all sum up to the fact that you have fully enmeshed yourself in anti party activities.

You have also failed to attend Ward Meetings ever since the inception of the current Executives’ dispensation and have displayed a larger – than – life attitude towards the Ward leadership. You have smeared the good standing and integrity of our Ward and dragged it into disrepute.

For the records, rising from an emergency meeting held on 9th November, 2021, all the Executives and Distinguished Members of Ward 2, Ibadan South East Local Government have hereby suspended you from the Ward indefinitely.

You are to desist from attending Ward Meetings henceforth until the leadership of the Ward deems it fit to lift your suspension when it is obvious that you have purged yourself of all these unto wards attitude.

We wish you the very best in your endeavors.
Yours faithfully,
IBRAHIM ISHOLA​​​​​
Chairman

Why There Is Delay In Payment Of Ex-council Chairmen, Councillors’ Money – Niyi Akintola