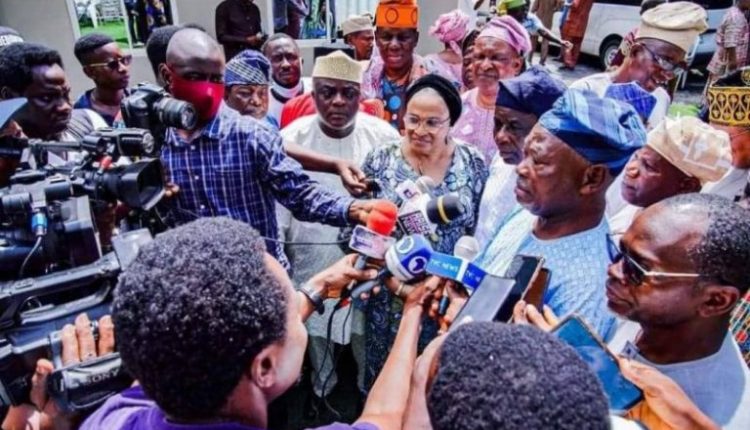 The leadership crisis rocking the All Progressives Congress (APC) in Oyo state may soon be laid to rest, following an ongoing meeting by the gladiators at the Oluyole, Ibadan residence of ex-Governor, late Abiola Ajimobi.

Journalists were however excused from the discussion as the stakeholders meet behind closed doors.