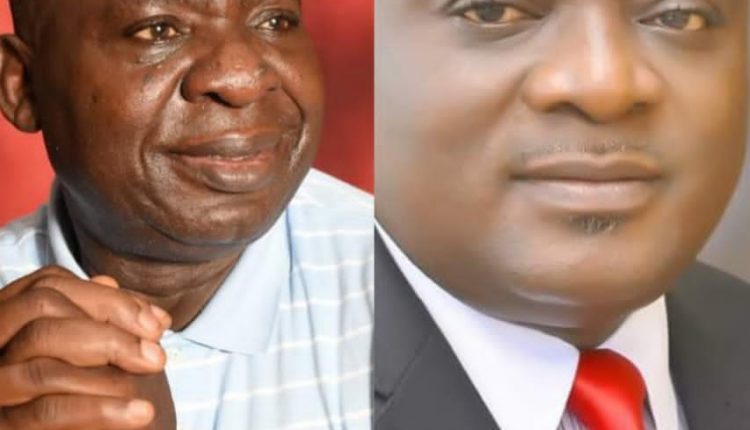 The Factional Chairman of Oyo APC, Mr Isaac Ajiboye Omodewu launched a scathing attack on a prominent stakeholder from Okeogun Chief Olushola Ogunbode who is aspiring to represent Oyo North in the Senate Today Splash reports.

Mr Omodewu who was recognize as the uthentic chairman by the Mai Mala Buni led Caretaker Extra-Ordinary Convention Planning Committee of the All Progressives Congress, (APC) launched a verbal attacked on Chief Ogunbode for not supporting him and for attending a meeting of Okeogun leaders in otu, Itesiwaju Local government.

Mr Omodewu threatened Chief Ogunbode calling him all sorts of name at the burial of Mrs Angela Nwaka Folarin.

Chief Ogunbode later left the venue due to constant attack by Mr Omodewu at the venue.

Some stakeholders faulted Mr Omodewu for how he handled the matter, as the suppose leader of the party he should be rallying everyone together but rather he’s showing that some people are his enemies. Mr Fatola said, “I was disappointed to see someone who is suppose to unite us, the one who decided to point accusing fingers on others, It shows that we’re a house divided against itself, he concluded.

Mr Gbenga Oludare said, one could have expected that Mr Chairman call his own meeting at Okeho or Ilero to showcase his popularity, rather than pointing accusing fingers at someone at a time he should be calling for peace, to me it’s a fight never to finish in a hurry, I honestly don’t understand why Mr Omodewu would do a thing like this at the burial of Late Mrs Angela Nwaka Folarin, it’s a total disrespect to senator Folarin and his late wife, it shows the many crisis the party is set for.

BREAKING: Lekan Balogun To Be Install As Olubadan of Ibadan Land On March 11