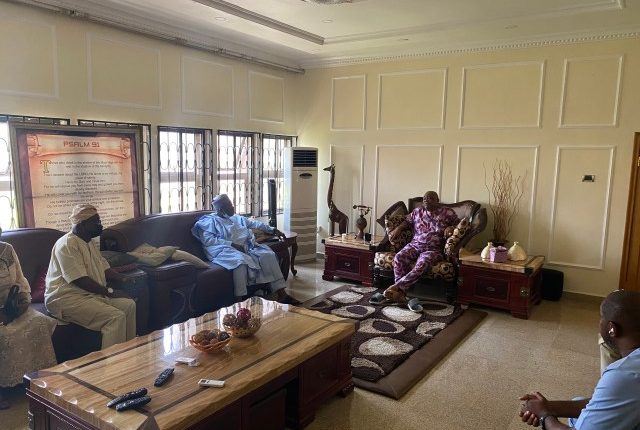 Adebayo Alao-Akala, former governor of Oyo State, has reported Akin Oke, outgoing chairman of the All Progressives Congress, APC, to the national headquarters of the party.

Alao-Akala, who made this known after the harmonization meeting of the party at his Bodija residence, asked the party to deal with Oke, who incidentally is from his Ogbomoso North local government area accordingly.

This was just as he added that he and other persons have no right whatsoever to change the list of winners of the APC congress which took place penultimate week.

Chiarman of the appeal panel, Barr. Sam Ogboku as well as chairman of the congress, Gambo Lawan were in attendance as stakeholders who attended the meeting affirmed the congress results.

Ogboku, who briefed journalists after the meeting, said he has come to monitor and observe proceedings, adding that his committee has no right to change the list of winners of the congress. “Anybody who has any grievances can forward to us. But as at now, we have not received any petition.”

OYOINSIGHT.COM recalls that the harmonization had been initiated following the disagreements that greeted the congress.

How Olatunde Ibitoye Became the Cynosure Of All Eyes At Oyo State NYSC Camp, Because Of His Talent