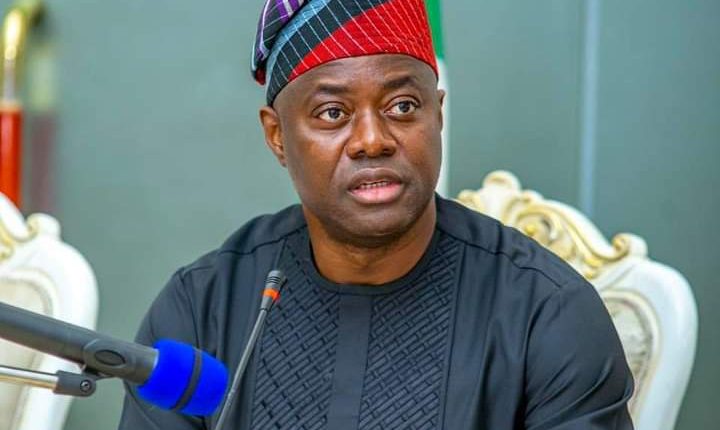 The All Progressive Congress (APC) in Oyo has called on Governor Seyi Makinde to openly apologise for meddling in the appointment of Returning Officer for the just-concluded Ondo governorship election.

It alleged the Governor brought the state to disrepute with his involvement in the Ondo election, describing the ‘public opporbrium’ as regrettable.

The Oyo APC in a statement by its Publicity Secretary, Dr AbdulAzeez Olatunde, said the re-election of Governor Rotimi Akeredolu as attestation of the will of Ondo residents not to allow the progress witnessed in the four years of APC government in the state to be retarded.

The party said: “One good turn deserves another, no wonder the good people of the Sunshine state defied the rain and all the reactionary agents to speak with their votes in an overwhelming manner to give another four years mandate to APC in the gubernatorial election.

“The people of Ondo State had passed through horrific governance experience under PDP for twelve years and had been surprised at the unparalleled achievements and developments under APC government ably led by Gov Rotimi Akeredolu a.k.a AKETI for only four years (2016-2020) and as such would not allow their progress to be retarded again.

“On behalf of all the APC members in Oyo State, we wish Governor Oluwarotimi Akeredolu (SAN) another landmark achievements in his second term tenure.

“On behalf of Chief Akin Oke led State Executive of APC, we pray that Almighty God grant Governor Rotimi Akeredolu the divine wisdom to build on the achievements of the first term to take info state to the next level

“Finally, at this juncture, it is expedient for Governor Seyi Makinde to render public apology to the good people of Oyo State for bringing the name of Oyo State into public opprobrium with his undignified and senseless infraction into INEC assignment, by meddling to the issue of the appointment of Chief Returning Officer for the Ondo state gubernatorial election.

“The English idiom that says that, he who lives in a Glass House should not throw stone has reflected in the manners of bashing and mudslinging that his senseless comment has attracted to the good people of Oyo State from home and abroad.

“Honestly, Gov Seyi Makinde is daily telling the whole world with his public utterances that he won the 2019 Election fraudulently.”