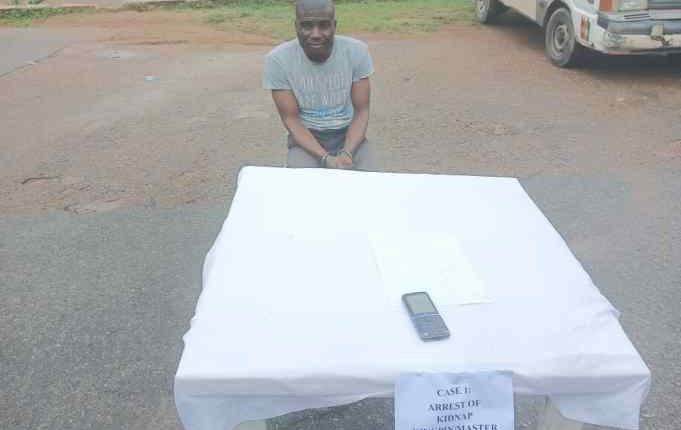 The Oyo State Police Command under the astute and dynamic leadership of CP Adebowale Williams psc(+) fdc is resolute in making the State undesirable and inhabitable for criminally minded and other unscrupulous elements with the adoption of distinctive and multifaceted crime tackling approach premised on improved communal partnerships and technology aided inquiries.

Unrelenting with sustaining the relative tranquility enjoyed in the State through its continuous proactive policing approach and swift dispensation of justice, the Command’s monitoring unit has intercepted a kidnap mastermind whose mode of operation is to run detailed background checks on unsuspected victims and then inform them through writing of his intentions to abduct them unless a stipulated amount of money could be sourced and paid to him.

Preliminary Investigations as thus revealed that on Thursday 11/08/2022 at about 0800hrs, members of a notorious kidnapping syndicate sent an ‘’Hand-Written” note to the management of a Private University Institution, in Oyo town wherein they threatened to abduct three of its students should the management fail to pay-up (N10,000,000) Ten Million Naira within a stipulated period.

The threat as expected, disrupted academic activities within the University, stirring up panic and uncertainty among the university community.

Basking under the euphoria of what they presumed was a successful scheme, and blinded with greed, they decided to extend a similar (hand-written) notification to a branch office of a New Generation Bank within Owode Area, Oyo with the intentions of invading it later in the week.

Consequent upon the above, discreet forensic based investigations were carried out and this led to the arrest of one Azeez Mufutau ‘M’ whose phone numbers were inscribed on the ‘’Hand-written notes’’ sent to the both the school management and bank.

Upon questioning, the suspect confirmed that the phone number on the Note was his but denied being the author of the document.

The investigation further led to the arrest of one Olarinde Adekunle ‘M’ age 37yrs who confessed as to being the author the hand-written notes under scrutiny and added that Azeez Mufutau ‘m’ was used as a decoy for the purpose of concealing his direct involvement.

Investigation is now in progress and further developments will be communicated accordingly.

Oluwo of Iwo Joins Olubadan, Others To Commemorate 2022 Aliiwo Day