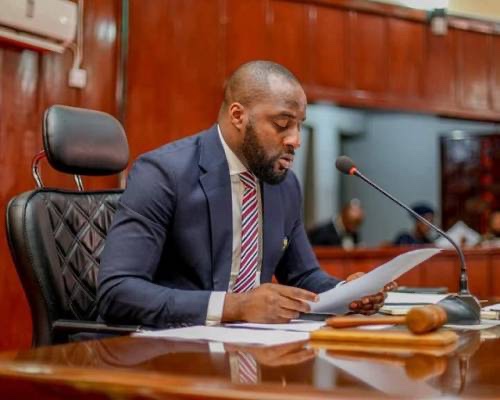 The Oyo State House of Assembly on Tuesday passed the State Appropriation and Finance Bills , 2022 into law.

The budget was passed at the plenary presided over by the Speaker, Hon Adebo Ogundoyin.

The House had earlier accepted the reports of the House Committee on Public Account, Finance and Appropriation read by its Chairman, Hon Hakeem Mustapha after their clause by clause considerations.

The Speaker, Hon Adebo Ogundoyin said the House will do everything in its constitutional power to monitor the implementation of the 2022 budget.

The Speaker expressed optimism that the budget tagged “Budget of Growth and Opportunities” will bring about the much growth and development in Oyo State.

He commended the lawmakers for their thoroughness during the budget defense by the various Ministries, Departments and Agencies of the Oyo State Government.

Exclusive: Recommendations To Expect From Oyo EndSARS Panel Of Inquiry