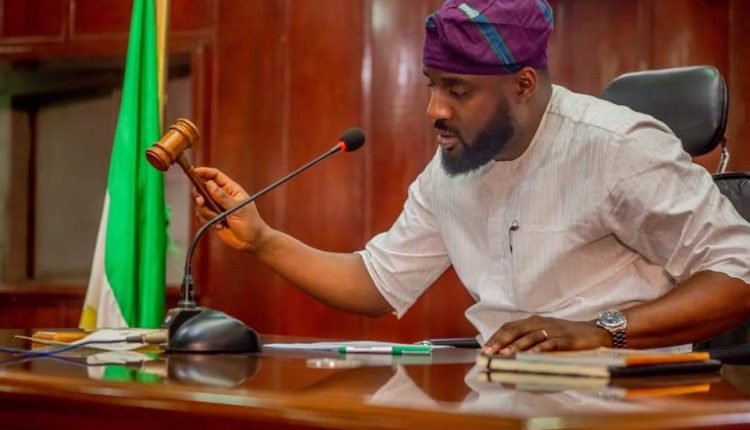 The Oyo State House of Assembly has appealed to Governor Seyi Makinde to introduce Schools Governing Board, SGB in Primary Schools across the state as part of ways of addressing Infrastructural deficiency in the schools.

The House on Tuesday also called on the state government to encourage the formation of old students associations in primary schools in the state so as to provide a platform for Alumni members to give back to their alma mater.

These were parts of the resolutions of the House while deliberating on a motion brought by the Chief Whip of the Assembly, Hon Hakeem Adedibu (Iwajowa).

The motion centered on the need to construct and improve classroom buildings in structurally deficient schools in Iwajowa Local Government and other parts of Oyo State.

Hon Adedibu in the motion said that pupils in not less than thirteen primary schools in Iwajowa are presently having their classes under the trees as the classrooms are dilapidated.

This he added was the same story in hundreds of primary schools in Oyo state.

The lawmakers in their various contributions to the motion decried the state of infrastructure in primary schools across the state.

They noted that it was time for the state government to seek collaboration with corporate organizations and religious bodies towards uplifting the standard of education at the primary school level.

The Speaker, Oyo State House of Assembly, Hon Adebo Ogundoyin while commending Governor Seyi Makinde for his various intervention programs in the education sector called on the state government to come up with more ways of addressing infrastructural decay in primary schools in the state.

“We are bothered by the sorry state of infrastructure in our primary schools. To this end, we are appealing to the state government and other stakeholders to evolve more holistic ways of correcting the problem. Education is expensive hence we are urging the state government to bring more individuals, organizations and religious bodies on board in the onerous task of enhancing the standard of education in our primary schools.” Oyo Speaker said.