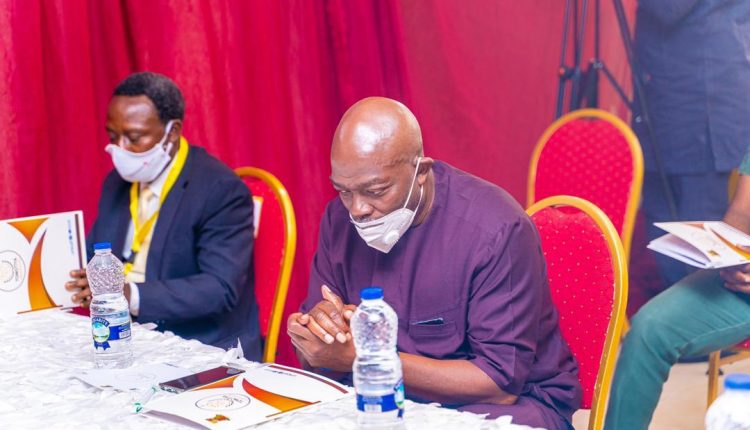 As part of bid to boost his second term victory, Oyo State Governor, Engr Seyi Makinde, has netted a big fish, Joseph Tegbe, his biggest in close to three years in office.

Tegbe, Obafemi Awolowo University, OAU-trained engineer, management consultant, is no longer a member of the opposition party in the state.

The entrance of Tegbe into the PDP is expected to displace aspirants for the Oyo Central Senatorial ticket to include former Chief of Staff, Chief Bisi Ilaka, Mr Wale Adegoke and Mr Wale Ajani.

Meanwhile, report suggesting that Tegbe has been pencilled down as the Peoples Democratic Party, PDP, candidate for Oyo Central Senatorial District is untrue, he ask is Tegbe not from Ibadan South East? Maybe Oyo South must definitely not Oyo central he added

SOURCE who is very much in the know and close to the government that negotiations are still ongoing and final decision will be made today (Thursday) as sales of forms would close on Sunday.

This medium recalls that Makinde’s former Chief of Staff, Bisi Ilaka, had been considered for the ticket.

Tegbe became popular after running a less than four months campaign in 2018 until the APC settled for Bayo Adelabu as its governorship candidate.

Monsurat Sunmonu, Tegbe’s ‘big sister’ while growing up in Oyo town where the latter’s father owned a bookshop, was at the centre of the deal.