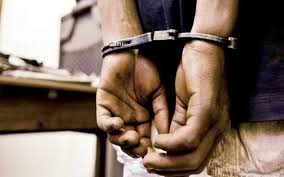 An Iyaganku Magistrates’ Court in Ibadan, Oyo State, on Wednesday, ordered that a 29-year-old man, Aliu Oladeji, be remanded in a custodial centre for allegedly beating a thief to death.

According to report, the police charged Oladeji, who resides in the Ayedaade area, with conspiracy and murder.

The Magistrate, I. O. Osho, who did not take the plea of Oladeji, ordered that he should be remanded in the Abolongo Custodial Centre, Oyo town, pending legal advice.

She directed the police to return the case file to the Oyo State Directorate of Public Prosecutions, for legal advice.

Osho adjourned the matter until July 4, for mention.

Earlier, the prosecution counsel, Inspector Foluke Adedosu, told the court that Oladeji conspired with others in the area to commit the offence.

Adedosu said Oladeji on March 4, around 2.30am, caused the death of one Sodiq, when he beat him up.

According to him, the offence is contrary to Section 316 and punishable under sections 319 and 324 of the Criminal Code Laws of Oyo State 2000.

Dust Yet To Settle Over Oyo PDP Consensus Candidates