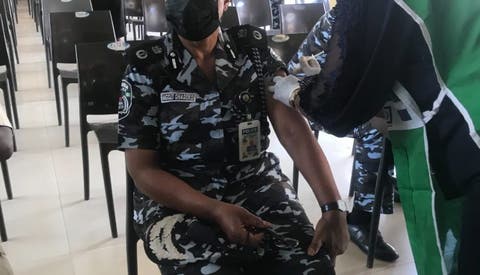 In relation to information received by the Oyo State Police Command that cultists are planning for the celebration of August 8, the Commissioner of Police, Ngozi Onadeko, has issued a strong warning to anyone or group attached to cultism that shelve their plans, as the command will not allow the tranquility in the state to be scuttled.

She also said that the Command would not be docile while hoodlums would be acting against the law.
The command’s Police Public Relations Officer, DSP Adewale Osifeso, in a statement issued on Saturday, disclosed that credible intelligence gathered by the command indicated that some cultists had prepared for the celebration, with retribution among rival gangs and large-scale violence.
The command, the Commissioner of Police said, in collaboration with sister security agencies, was prepared to clamp down on such intending organisers, in order to prevent bloodletting and destruction of lives and property.

“The Commissioner of Police wishes to assure the good people of the state of a comprehensive security coverage, which includes an increase in its inteligence, operational and tactical apparatus, through visible patrols and intelligence-driven stop-and-search across the length and breadth of the state,” the PPRO quoted Onadeko to have stated.
Onadeko also advised parents and guardians to caution their wards and proteges to refrain from any unlawful gathering or assembly intended to breach the peace of the state.

Saying that the command would arrest and prosecute violators, the state police boss enjoined hoteliers, proprietors of lounges and other recreational facilities not to consent to the use of their facilities or property to aid cult-related activities, as they would be liable for prosecution as well.
She urged all to be law-abiding and vigilant enough to report any suspicious activity to the police command or nearest police formation, and to go about their businesses without the fear of harassment or molestation from anyone.

She said that the command could always be reached through emergency control room number 615 (toll free) of the Oyo State Security Trust Fund, and the Oyo State Police Command emergency lines 07055495413 and 08081768614.